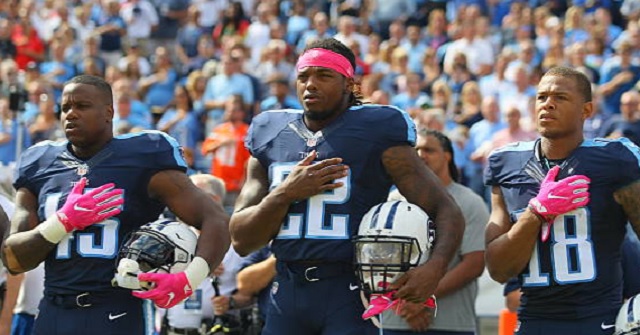 While Adrian Peterson trade came down, NFL said owners will consider a rule change that would require players to stand for national anthem.

This new proposed rule apparently isn’t sitting well with Titans wide receiver Rishard Matthews who tweeted out that he would quit football if the NFL decides to ban national anthem protests.

Matthews eventually deleted the tweet but it does seem the NFL might have issues trying to force players to stand during the national anthem.