Todd McShay Says Chase Young Is Better Than The Bosa Brothers, Which Is A Pretty Scary Thought 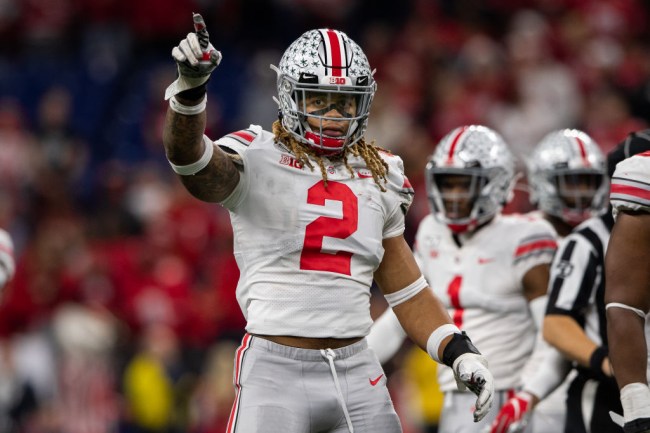 Ohio State defensive end Chase Young has yet to officially announce whether he’ll forgo his senior season and enter the NFL Draft, but if (when) he does, he’s going to be taken off the board very quickly.

As a defensive end from Ohio State, it’s easy to point to Joey and Nick Bosa as comparables for Young. Those two guys’ shoes are mighty tough to fill, but according to at least one NFL Draft analyst Young is better than the both of them.

The Heisman Trophy finalist and college football’s leader in sacks appeared in the No. 2 spot on Todd McShay’s latest NFL Mock Draft. McShay has him landing in New York with the Giants while Joe Burrow goes No. 1 overall to the Bengals.

He joined ESPN’s First Take on Tuesday and was asked by Max Kellerman about how Young compares to the Bosa brothers and McShay’s answer was rather simple stating ‘he’s better’ before elaborating on his game.

Now you’ve got a guy in Chase Young that’s actually going to probably run in the four sixes and still has the hands, the leverage and the ability to get around the edge and work outside in and all the other things you need to do. He can win with speed, quickness, power, hands, everything that you need.”

Joey Bosa of course went on to win NFL Rookie Of The Year back in 2016 after being taken third overall in the draft. The younger brother, Nick, was taken second-overall at this past year’s draft and has been a force for the 49ers with nine sacks to go along with 27 solo tackles.

Chances are, whichever team lands Young in the NFL Draft is going to be getting one hell of a defensive pass rusher.

“This is going to be the biggest wild card of this entire draft class. It really is, because if healthy… if you just throw out the hip injury, I’m talking about him at No. 1 overall.

The NFL Draft will take place in Nevada April 23-25.