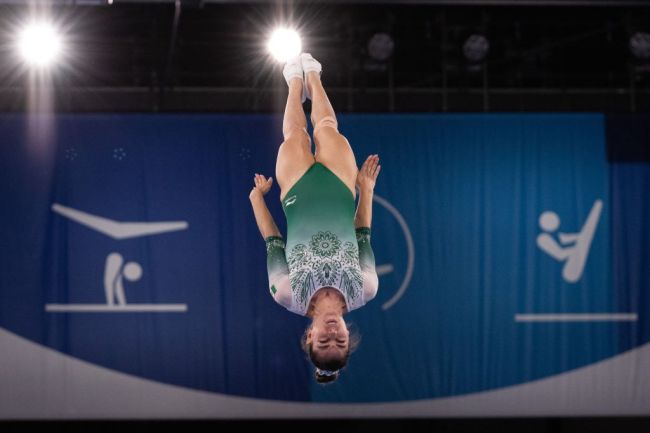 When the Olympic Games come around every four (or five) years, I consistently find myself mesmerized by Gymnastics Trampoline. The entire sport is exactly how it sounds and it’s awesome.

Each athlete begins his or her routine with zero difficulty points. Each element of their routines that are performed carry a specific difficulty value that is factored into the final score.

During a routine, five execution judges evaluate the athlete’s form. Marks include whether the body line is kept straight, whether their feet are together and if landings are near the center of the trampoline. From there, the total flight time of the gymnast is factored in.

It breaks down like this: Difficulty score + Execution score + Time of Flight score = Final score.

While the sport itself is truly fascinating and looks tiring, those who film the event are even more entertaining.

Videos from Tokyo show the cameramen who are assigned to Trampoline and they are DIALED in.

As for the event itself, Zhu Xueying and Liu Lingling brought home gold and silver for China to continue the country’s dominance.