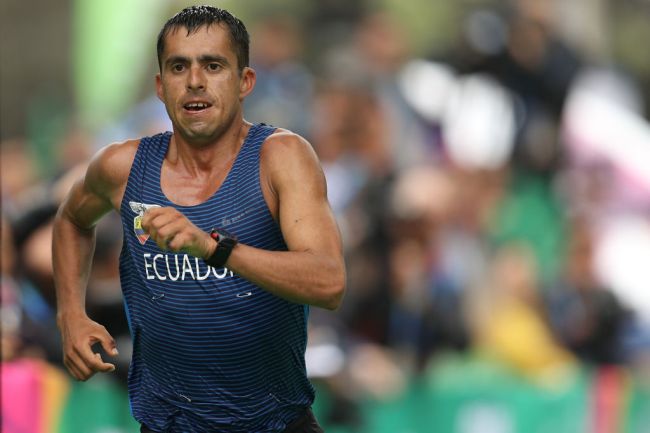 Ecuador’s Claudio Villanueva Flores finished an hour behind the gold medal winner in the 50-kilometer race walk and was overcoming with emotion. The 33-year-old finished with a time of 4 hours, 53 minutes, 9 seconds in the 31-mile event.

His finish, which could be the last-ever, came 29 minutes behind the second-to-last place competitor. Because there is no female equivalent for the race, the Olympic committee has decided to replace the event.

Thus, Villanueva Flores may have, and likely is, the final finisher in 50km race walk history. He was met by a crowd of Olympic officials who waited for him and cheered him home.

It was quite the moment.

Unfortunately, because of the grueling heat in Tokyo, the other racers had already left the scene. Nevertheless, it was an incredible scene.

Villanueva Flores crossed the line and doubled over in tears. As medical officials brought him water and ice, he struggled to keep his composure from a mix of being overwhelmed and physically exhausted.

And then a man, who appeared to be Villanueva Flores’ coach, ran over to hug him. He lost it. 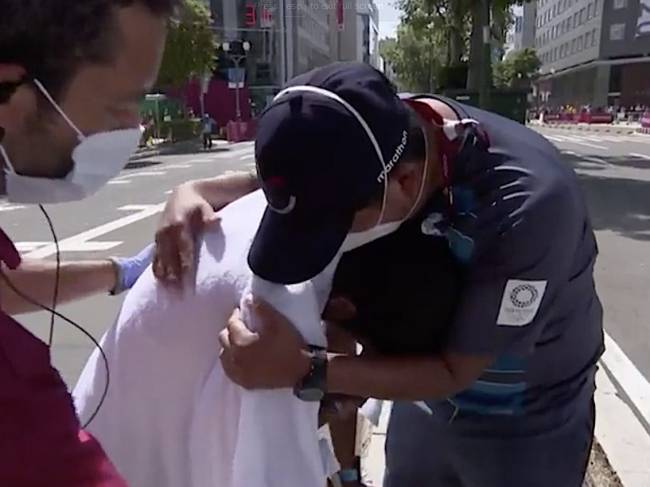 In his previous Olympic appearance at the Rio Games, Villanueva Flores finished with a time of 4:19:33, more than 30 minutes faster. For him to finish in Tokyo was a challenge but he persevered and pushed across the line.

If it is to be the last 50km race walk in Olympics history, Ecuadorian race walker Villanueva Flores embodied the spirit of the Games and closed it out in tremendous fashion.