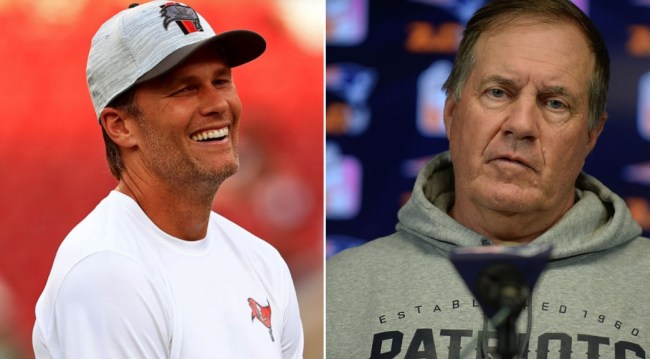 Tom Brady is a fan of the reporter who had the guts to ask Patriots head coach Bil Belichick a non-football-related question on Sunday.

After the Patriots’ huge divisional game loss against the Bills, one Boston area reporter asked an already fuming Belichick about his New Year’s resolutions.

This is the single-most courageous journalist I’ve ever seen in my life. pic.twitter.com/kDJdzgym6N

While several people have bashed the reporter over the question, Brady loved it and went on to call her “brave and courageous.”

Brady on the reporter who asked Belichick for his New Year's resolution after Sunday's loss to the Bills: "I want to be as brave and courageous as she was, asking that question to Coach Belichick after a loss. That's what I want for the New Year."

Brady is laughing it up from afar, but he would have been steaming if someone asked him about his New Year’s resolution after a loss considering his history of being short with reporters at postgame press conferences.