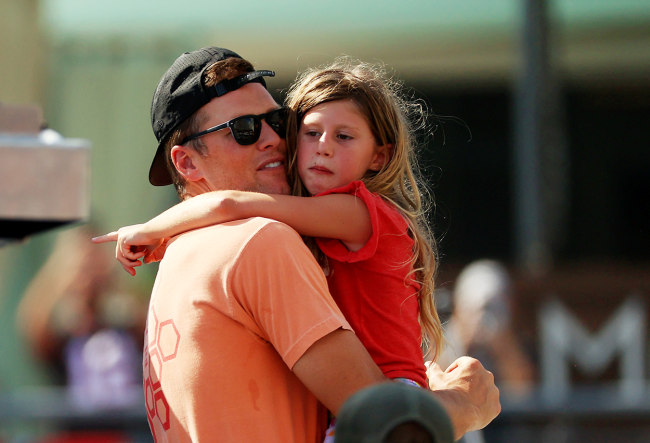 Tom Brady and Gisele Bündchen have a combined net worth of around $700 million, ish. Give or take.

No matter what the exact number is, they have a lot of money. More than enough to live lavishly.

However, Brady doesn’t think that is necessarily a good thing. Specifically when it comes to parenting.

He thinks that his, his wife’s, and his family’s wealth is the ‘hardest thing’ about raising their children.

During a recent appearance on the ‘Drive’ Podcast with Jim Farley, Brady spoke about why his financial well-being makes parenting difficult. He struggles with the notion that his children don’t know the reality of life for the majority of the world.

“That’s my kids’ reality which is the hard part to say, ‘guys, this is not the way reality really is’… what can we do about that?”

On the flip side, Brady says that he and Bündchen do know about a ‘normal’ upbringing.

Brady spoke about how Bündchen came up in a crowded household.

“My wife grew up in rural Brazil, the farthest state south, Rio Grande do Sul, [a] very small kind of farming town, very simple girl,” he said. “There are two bedrooms in their house — one for their parents and one for her and her five sisters.”

He also talked about his own childhood.

“I grew up in, I would say, a middle-class family in California, my dad worked his a** off for our family,” Brady said. “My mom stayed at home [and] took care of us kids and I saw my mom work every day to make food for us at night and wash our clothes and now they supported us by coming to all our games and it was amazing and then I look at my life with my family and it’s so fast.”

Because he and his wife know what it’s like to work hard and earn every dollar, Brady says that he and his wife have to put extra emphasis on keeping their children realistic. He wants them to know that their life is not that of most other kids their age.

Brady also acknowledged the challenges of parenthood, admitting that he had “screwed up a lot of things [but] that’s the reality of being a parent”.

Although Brady’s train of thought actually makes sense and, to an extent, is admirable— it could not be less relatable. The vast majority of people on this planet do not have a difficult time parenting their children because they are just too rich. Nice problem to have!