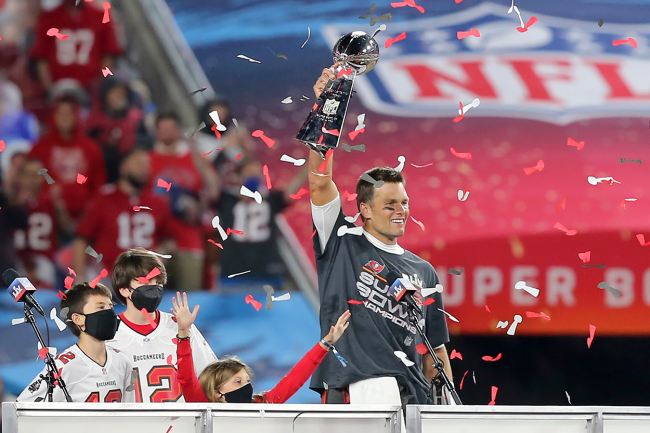 Ben Affleck and Jennifer Lopez got married in Las Vegas last weekend and Tom Brady must be thrilled. The Tampa Bay Buccaneers is destined to win a Super Bowl in 2022/23 if history is to repeat itself.

Obviously, the biggest storyline of the NFL offseason surrounded the greatest quarterback of all-time. He was reportedly set to retire, but then he said that no decision was made yet, and then he officially announced his retirement, but then he came out of retirement not long thereafter.

It’s a good thing that Brady chose to return because the odds of earning his eighth ring are in his favor. He has Affleck and Lopez to thank.

How does J-Lo’s marriage matter for Brady? It comes down to history.

When Lopez married Ojani Noa in 1997, the University of Michigan compiled a perfect 12-0 record en route to being named the national champions in the AP Poll. Brady was a backup that year, but he was on the roster.

When Lopez married Cris Judd in 2001, Brady was in his second year with the Patriots and his first year as the starter. New England went 11-5 and beat the Rams in the Super Bowl.

When Lopez married Marc Anthony in 2004, Brady was in his fifth year with New England. He and the Patriots went 14-2 and beat the Eagles in the Super Bowl.

So far, through three Jennifer Lopez marriages, Brady is 3-for-3. In each of the years that the international icon said “I Do,” Brady won a championship.

Lopez got married again last weekend. Bet the house on Tampa Bay to win it all.