REPORT: Tom Brady Has Given $200K To His Charity, While His Charity Gave 8X That To His For-Profit Company 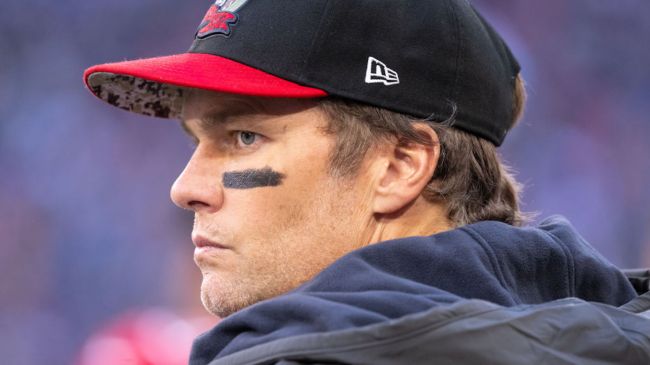 A new report from The Daily Beast details that while Tampa Bay Buccaneers quarterback Tom Brady has “only” donated $200,000 to his charity (The TB12 Foundation) over the course of his 23-year, $350+ million career, the foundation has paid Brady’s for-profit firm TB12, Inc. more than $1.6 million for its services, and it’s the only company listed as an “independent contractor.”

Brady, who earned $350 million during his two decades with the New England Patriots, has given a small fraction of his riches to his own charity, with little over $200,000 in donations, according to the TB12 Foundation’s tax filings.

The quarterback’s for-profit company TB12, Inc. is the sole provider of “sports therapy” sessions for the TB12 Foundation. Since it launched in 2015, the foundation has paid Brady’s firm a total of more than $1.6 million for its services, and it’s the only company listed as an “independent contractor” for such treatments. [via The Daily Beast]

The Daily Beast‘s report dives into much further detail about the nature of Brady’s charity and various companies.

The report from The Daily Beast comes at a time of personal and professional turmoil for the 45-year-old future Hall of Famer as he not only recently got divorced from his wife Gisele Bundchen but the pair are ensnared in the currently unraveling FTX situation (for example, the pair were named in an $11 billion lawsuit for promoting the allegedly ‘fraudulent’ crypto firm). Gisele has also apparently moved on already, as reports indicate the Brazilian supermodel is now dating Jiu-Jitsu instructor Joaquim Valente.

Brady is also having some difficulties on the field this year, too, as his Tampa Bay Bucs are just 5-5 through 10 games this season. That said, they are still in first place in the subpar NFC South. Brady himself, though, is maintaining his usual high standards as he’s completed 66% of his passes for 2,805 yards, 12 touchdowns, and just two interceptions so far this year.

To close out the year, Brady — in what could be his final NFL season, although he certainly hasn’t indicated he plans on retiring (especially now that he’s divorced) — will take on the Cleveland Browns, New Orleans Saints, San Francisco 49ers, Cincinnati Bengals, Arizola Cardinals, Carolina Panthers, and Atlanta Falcons.

RELATED: The Trailer For Tom Brady’s Movie ’80 For Brady’ Makes Case That He Deserves What’s Happening To Him This Season