Tom Brady Is Most Certainly Coming Back, But It Might Not Be With New England, Based On What He Told Peter King 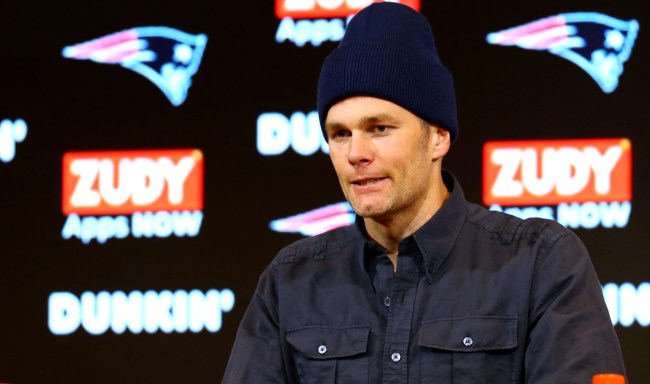 Based on what he told Peter King following the Patriots’ Wild Card loss to the Tennessee Titans, Tom Brady appears almost certain to return and plau at least one more season in 2020, but it sounds like there’s a good chance it might not be with New England.

Speaking with Brady at Gillette Stadium on Saturday night following the game, Football Morning in America’s King learned more about TB12’s future than anyone asking him questions during the post-game press conference did after the loss.

“I’m not crushingly disappointed,” Brady said, looking me straight in the eyes. “I think we fought hard. Our head is held high. We’re competitors. Every season doesn’t end in a Super Bowl win. It’s exciting when it does. You relish those when you have those opportunities and we’ve had them more than anyone else. I’m proud of the guys for fighting hard. But those other guys [the Titans] are competitive too, and they deserved to win tonight. We just didn’t make the plays the last half of the season that we needed to make. Didn’t make the plays tonight.”

“First time in 20 years you’re truly a free man,” I said. “How do you feel about that right now?”

“Yeah,” said Brady. “I think I’m just… I’ll explore those opportunities whenever they are. If it’s the Patriots, great. If that doesn’t work, I don’t know. I just don’t know. I love playing football. I still want to play football. I think I still can play at a championship level. I’ve just got to go do it. I’m motivated to get back to work and training.”

King’s educated guess, which is hard to disagree with, is that Brady will come back and play in 2020, but unless New England significantly upgrades the weapons surrounding him on offense it won’t be for the Patriots.

Brady will be 43-years-old when the 2020 NFL season kicks off, has said he will not be giving New England a hometown discount again, plus the beating Julian Edelman has been taking for years will eventually catch up to him, and other than him there really isn’t anyone else in which the six-time Super Bowl champ can rely on the current Patriots roster. So he’s not going to come back just for the sheer joy of playing. He’s going to want to continue to win.

Cris Collinsworth said following the Patriots’ loss on Saturday night that he believes Brady will come back, and that there’s decent chance he ends up in San Diego. They will be moving into a brand new $5 billion stadium, need someone, anyone to help them draw fans, and have some weapons on offense with Keenan Allen and Mike Williams under contract for 2020, so it wouldn’t be the worst place to go.

Brady also wouldn’t be the first face of a franchise to do such a thing. Legendary quarterbacks like Joe Montana, Peyton Manning, Brett Favre, Johnny Unitas, and Joe Namath also changed teams late in their careers when the idea of them playing for new teams seemed almost unthinkable.