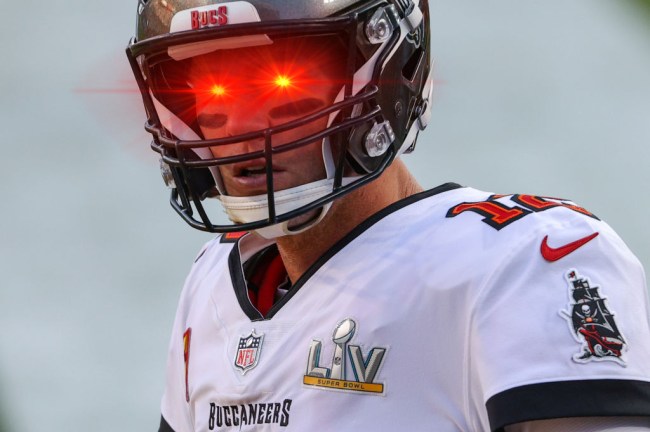 Seven-time Super Bowl champion quarterback Tom Brady said that he is a “big believer” in cryptocurrencies at the CoinDesk Consensus 2021 forum in May. The 43-year-old has a net worth in the ballpark of $200 million and a portion of his wealth is invested in the digital currencies.

Brady has not said which of the many coins that he owns, but he has indicated an interest in Bitcoin. On May 9th, for example, he changed his Twitter profile picture to include something that many Bitcoin enthusiasts do to show support for the coin.

It all started when noted crypto investor and educator Jason “Yano” Yanowitz tagged Brady in a tweet. Yano encouraged Brady, who was rumored to be investing in Bitcoin, to include “laser eyes” in his profile picture.

Rumor has it @TomBrady is loading up on Bitcoin.

Retweet if you think the GOAT should turn on laser eyes.

The origin of the laser eyes meme is unclear, but it’s part of a larger campaign to raise Bitcoin’s worth to a $100,000 valuation. #LaserRayUntil100k is a popular hashtag for the laser-eyed photos. Brady switched his profile photo after Yano’s tweet. 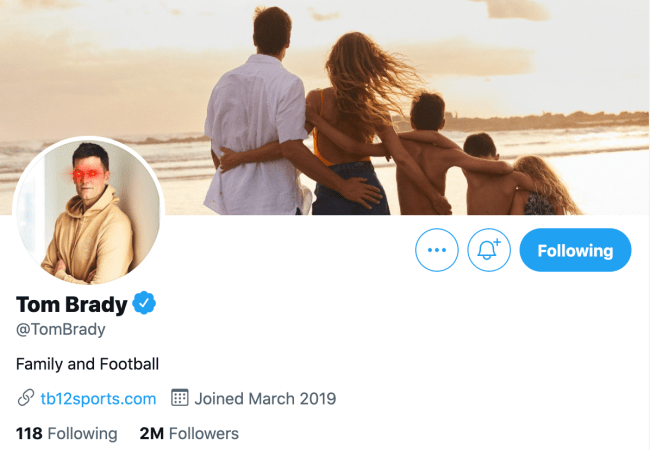 “I don’t think it’s going anywhere,” Brady said about the coin later in May. “I’m still learning so much. It’s definitely something I’m going to be in for a long time.”

While it may not be going anywhere, the evaluation has plummeted far away from the $100,000 goal. Since Brady added laser eyes to his photo, Bitcoin’s price has dropped nearly 40%.

Yano joked with Brady on Monday, tweeting at the quarterback, “Yo @TomBrady, laser eyes off my man,” in reference to the dip. Brady replied, acknowledging that his laser eyes did not work.

Alright the laser eyes didn’t work. Anyone have any ideas? https://t.co/43WyShRxr2

Brady, who continues to hold his Bitcoin stock with “diamond hands,” is buying all of the way into the digital trend. He is also starting an NFT company called “autograph.”