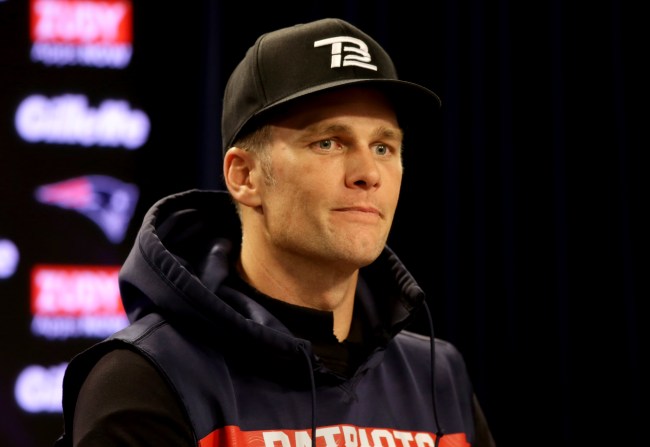 The Dallas Cowboys are America’s team but they are also one of the most hated teams in football.

Before the Patriots upcoming game against Dallas, Pats QB Tom Brady admitted that he has always disliked the Cowboys growing up as a Niners fan.

I’ve really not liked the Cowboys since coming out of the womb,

Tom Brady's hate for the Cowboys goes back to his childhood as a 49'ers fan #patriots @NBC10 pic.twitter.com/11mJjbOJmQ

Brady does admit that he respects the Cowboys organization and their long history of winning.

“I’ve got a lot of respect for those guys. They’ve had a great winning organization, and a lot of great players in their history,” . “As a Niners fan, you play the Cowboys, and every time they’d hand off to Emmitt Smith it would be a 5-yard gain and you’d pull your hair out. Throw it up to Michael Irvin, and Troy [Aikman] was such a great player. The defense — Ken Norton and ‘Prime Time’ [Deion Sanders]. So the history of great players, the tradition.”

Brady has never lost to the Cowboys but he still believes that this week’s game is going to be a “challenge” for the Patriots.

“It’s going to be a huge challenge for us. I love the opportunity to compete against great teams this time of year as Thanksgiving approaches. It means a lot for both teams,”

We’ll have to see if the Cowboys can break the streak and finally hand Brady an L.

Breaking: Tom Brady has never lost to the Cowboys, going 4-0 with nine touchdowns and two interceptions.