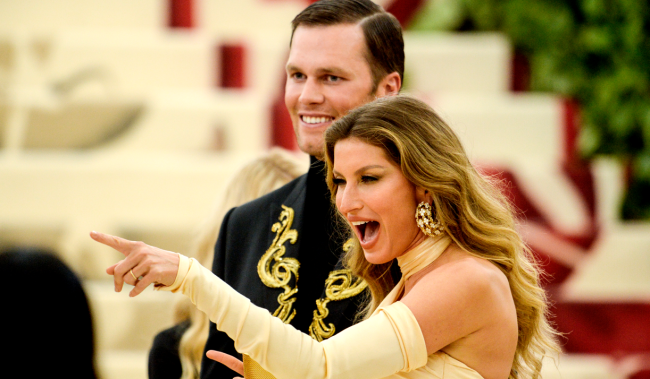 Monday morning, photos of Gisele Bundchen out on a date with Jiu-Jitsu instructor Joaquim Valente of The Valente Brothers gym started making the rounds on the internet.

The fact that it has been just two weeks since Tom Brady finalized his divorce from the supermodel, the news came as a bit of a surprise to many.

Brazilian gossip site Purepeople reported Wednesday that the Bundchen and Valente are dating.

TMZ also reported on Monday that “sources connected to Tom are questioning the timing” of Gisele going out with Joaquim Valente along with her and Brady’s kids Benjamin and Vivian.

On February 23rd of this year, Bundchen posted a video of herself training in jiu-jitsu at The Valente Brothers’ gym.

“I believe the more tools we have in our toolbox the better,” Gisele wrote in the caption to the video. “I feel stronger, more confidence and empowered since I started practicing self-defense. I feel it’s an important skill for all, but specially for us women.”

The same day Gisele posted the jiu-jitsu video, Brady tweeted about it, writing, “My days of leaving dishes in the sink are numbered…”

Making Gisele’s date with Valente even more suspect is the fact that just four days ago, his gym shared a video of a sexy photoshoot that she did with the Valente brothers for Dust magazine.

A source close to Gisele Bundchen told TMZ that she and Valente aren’t dating, but Brady is still suspicious.

“It always seemed weird she just one day abruptly ended the marriage,” a insider close to TB12 told TMZ.

Well there it is… and we all were blaming Tom.

“Nice to see she’s taking some time to get over Tom before jumping into a new relationship,” another fan tweeted.

Tom Brady was too good for her ! Period

“I mean doesn’t it seem odd to go from possibly trying to work out your marriage to divorced and dating someone else in 2 weeks?” someone else asked on Twitter.

I actually think Tom and Gisele are pathetic and they deserve each other but they can't even get that right. Their greedy FTX fiasco will put a cherry on top of their failed partnership.

Yeah, well, Brady’s already moving on, at least from that fiasco.

Tom Brady has changed his profile picture, removing the laser eyes he added in spring 2021 to promote Bitcoin.