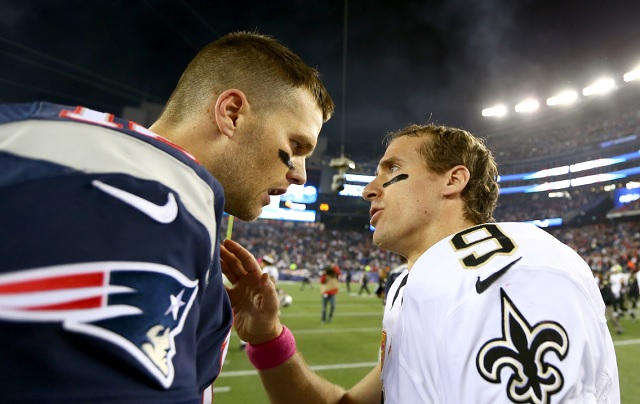 Drew Brees has done it: the most TD passes in @NFL history!#Saints #MNF pic.twitter.com/7FAakkRGCm

Brees got plenty of love from NFL players around the league including Tom Brady, who is a few TDs behind Brees on the list.

Congrats drew!! Couldn’t be more deserving. Passing Peyton in anything is an incredible achievement and your records will be tough to beat! But it’s worth trying 😉

On a historic night for @drewbrees seems only fitting that he has also tied the record for completion % in a game at 96.6% (tying Philip Rivers)… Coach Payton – how about 1 more screen pass to make this an even more historic night?? #WhatSayYouWhoDat?