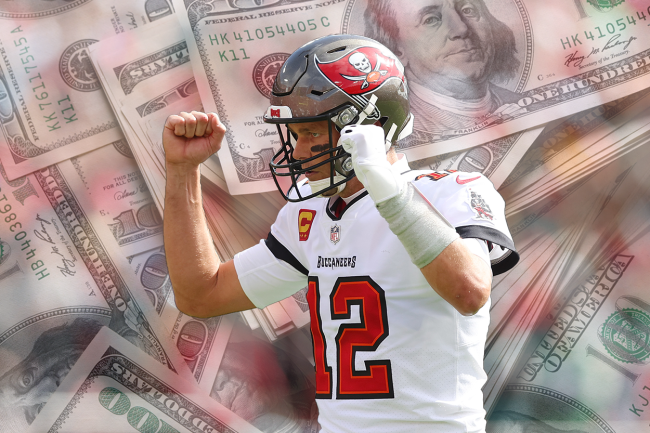 UPDATE: Tom Brady’s contract with Fox is a 10 year, $375 million deal, according to the New York Post. 

Early on Tuesday morning, it was announced that future Hall of Fame quarterback Tom Brady — who is set to return for his 23rd and likely final NFL season this year — will become Fox’s lead NFL analyst and will call games alongside Kevin Burkhardt when he retires. The pair will be replacing Troy Aikman and Joe Buck, who both made the jump to ESPN for Monday Night Football, as Fox’s lead NFL broadcast team.

Once the news of Brady’s new gig became public, one of the immediate questions that the NFL world found itself asking was how much is Tom Brady going to get paid in this apparent new era of multi-million dollar contracts for broadcasting talent?

Over at ESPN and CBS, for example, Aikman and Tony Romo are each earning around $18 million per year, according to reports, which means Brady, the shrewd businessman that he is, will be making *at least* that much money. And according to ProFootballTalk’s Mike Florio, Brady making twice that, in the range of $40 million, would be a bargain for Fox Sports.

The question isn’t whether he’ll exceed their annual compensation, but by how much. Could it be $30 million per year. Could it be more than that?

At this time, it is unclear when Brady — who tweeted that he still has “a lot of unfinished business on the field with the Bucs” — will officially retire and join Fox Sports. Until Brady does join Fox, former NFL tight end Greg Olsen is expected to serve as the network’s lead analyst alongside Burkhardt.

Excited, but a lot of unfinished business on the field with the @Buccaneers #LFG https://t.co/FwKlQp02Hi