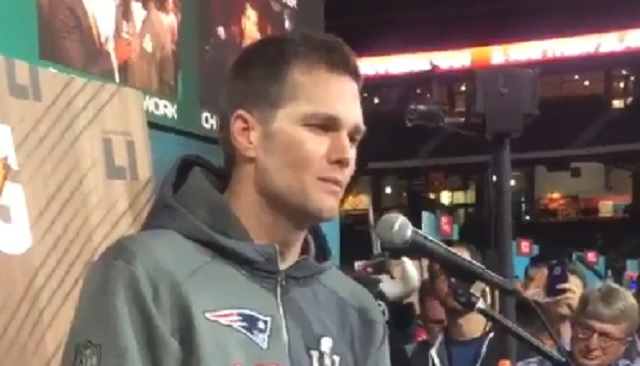 Tom Brady got hit with the feels on Monday during Super Bowl Opening Night at Minute Maid Park in Houston.

Earlier today Brady said that he had banned his father from speaking to the media after Tom Sr. ripped Roger Goodell for the handling of DeflateGate.

When asked about his father’s recent public criticism of Goodell the Patriots QB got a bit choked up as he answered the question.

Emotional answer from Tom Brady when asked if his dad speaks for him. Must watch. #Patriots pic.twitter.com/CtUkI0enx2