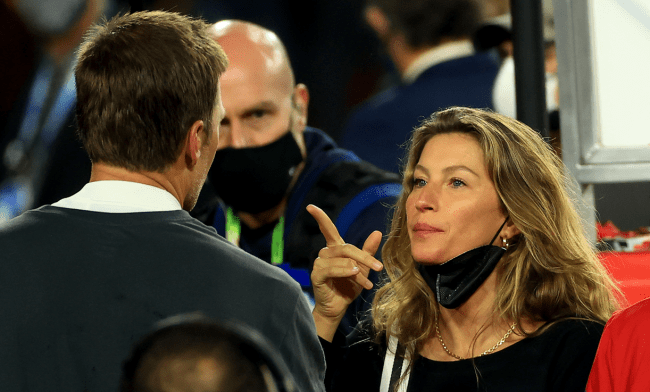 On Thursday, Page Six published a report with the headline “Trouble in paradise: Tom Brady and Gisele Bündchen in epic fight.”

The tabloid claims that “multiple sources” have reported the couple is not getting along because of Tom Brady’s decision to return for a 23rd season after previously announcing his retirement.

According to one of their sources, “Tom and Gisele are in a fight right now.”

Supposedly, part of the proof that Brady and his wife Gisele Bundchen are having issues is the fact that she “left their family compound in Tampa, Fla., for Costa Rica following a series of heated arguments over Brady’s shock decision to un-retire from the NFL, while he has remained behind for team training.”

That is rather shocking (not) since Gisele has been gone to their home in Costa Rica every year since, well, just about forever.

In fact, Page Six has written about her and Tom’s trips there numerous times.

“There’s been trouble in the marriage over his decision to un-retire,” one source told Page Six. “Gisele has always been the one with the kids. They had agreed he would retire to focus on the family, then he changed his mind.”

They also cite what Tom Brady said after his 11 day absence from training camp as some sort of coded message that he and Gisele are having trouble.

“It’s all personal, you know. Everyone’s got different situations that they’re dealing with,” said Brady. “We all have really unique challenges to our life. I’m 45 years old, man. There’s a lot of s–t going on, so just gotta figure out life the best you can. It’s a continuous process.”

A second Page Six source said, “It’s almost like Gisele was like, ‘Well, if you’re going to keep playing, so will I. She’s resentful that Tom is still the football superstar.”

"According to multiple sources." LMAOOOOOOOO

“They have a fiery relationship. Gisele is a bit hot-headed — she has that Brazilian heat!” another source told Page Six.

But wait, there is that whole trouble Brady has talked about with parenting his kids. Let’s not forget that!

Must be tough to raise kids with butlers, nannies, chefs, tutors, gardners etc.

My heart goes out to this struggling Billionaire family