This One Bizarre Tom Brady Fact Could Hinder His Status As The G.O.A.T. 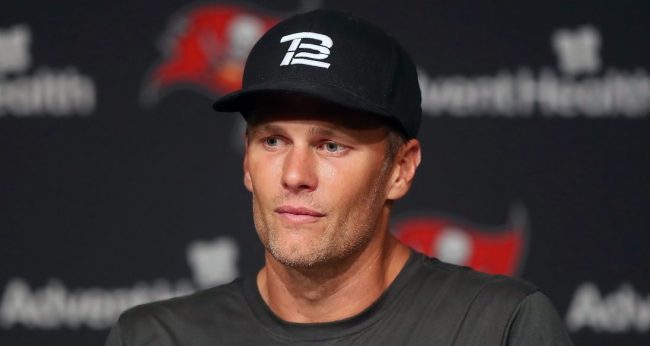 The Miami Dolphins were hit with a tampering violation after it was found they had met with Tom Brady during the portion of the offseason in which negotiations are not allowed. They had their first and third-round picks in the 2023 NFL Draft taken away as a result. Now, it seems a new Tom Brady fact is floating around that could hinder his G.O.A.T. status.

According to Sarah Spain, the future Hall of Fame quarterback has been involved with all three teams who have forfeited first-round picks. It happened in 2008 when the New England Patriots were caught videotaping the New York Jets, again in 2016 for Deflate Gate, then one final time in 2022 after the Dolphins were caught tampering with Tom Brady and Sean Payton.

Tom Brady has been involved in all 3 forfeited first round picks in NFL history:

Of the three, Miami’s situation stands out the most. Apparently, the franchise has been tampering with Tom Brady for the last four years, per Yahoo Sports. “On one hand, tampering happens all the time in the NFL. On the other hand, quarterback Tom Brady has allowed himself to be tampered with brazenly and blatantly for four straight years.”

That’s not a great look for the G.O.A.T. as this means the Dolphins have been tampering with him since his final season with the New England Patriots. Brady’s saving grace right now is that he won’t face any punishments for what has transpired with Miami. Regardless, there are some stains on his career but the fact is Tom Brady’s abilities on the field will likely keep his G.O.A.T. status intact.