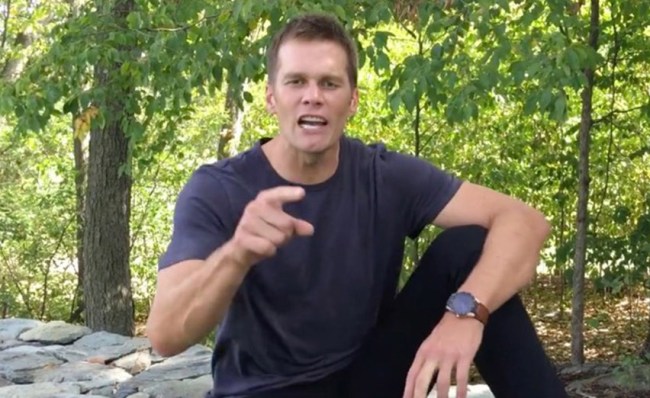 Future Hall of Fame quarterback Tom Brady seems to have it all. He’s been blessed with world-class athletic talent, a beautiful family and, most importantly, a men’s boot sponsorship deal. One man not should have all of this.

Brady’s legend has grown just a little larger with news he can chug beer like it’s his goddamn job.

We went to a local barbecue place near the stadium in Foxboro after practice one time, and there were two different occasions where Brady’s eyes displayed his trademark fire.

The first was when some of the veteran offensive linemen started talking to the rookies about a chugging contest. No big deal for these guys and given that they were fresh out of college, you would think they’d be at the top of their game. I was surprised to see Brady take part. The rookies looked at the seemingly pretty boy quarterback and laughed. I think I snickered myself.

And of course he can. He totally seems like the type of dude who would be oddly competitive about slamming light beer at top speed. One would expect nothing less from a champion who doesn’t know how to turn intensity off.