Tom Brady Was Beat The Hell Up Heading Into The Titans Game, Was Coping With An ‘Array’ Of Injuries 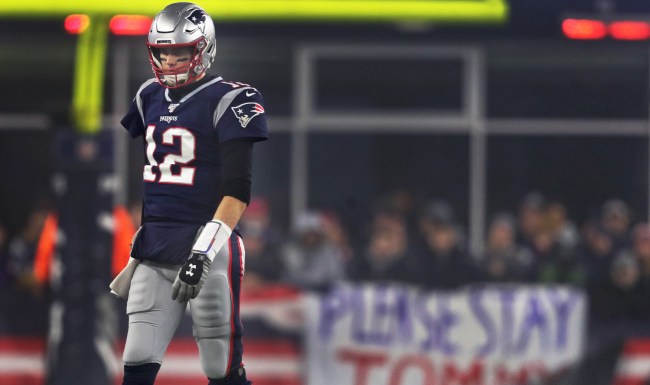 Ding dong: have you heard the witch is dead?

After two decades of tyranny, it appears that the New England Patriots’ 20-year-long evil empire is finally coming to an end, as the defending Super Bowl champions were only able to muster 13 points in a home loss to the decently average Tennessee Titans.

While the Patriots haven’t looked like their dominant selves for a couple of months, the AFC Wild Card game against the Titans really emphasized just how far they’d fallen, as 13 points was the least amount of points they’ve scored in a home playoff game since 2012 (plus, let’s not forget that they only put up 13 points in last year’s Super Bowl as well).

However, despite football fans across the country jumping at the chance to dance on the Patriots’ grave, the celebrations may be a little preemptive, as legendary quarterback Tom Brady seems apparently determined to keep playing next season. Now, whether that’s with the Patriots or another team entirely has yet to be decided, as the 42-year-old will be a free agent this offseason.

Regardless of where it ultimately signs, though, it can be argued that he’ll look better than he did during the Patriots’ stretch run this season, as it’s being reported that the six-time Super Bowl champion was dealing with an “array” of injuries — including foot and elbow injuries — heading into the Titans game.

For context on Tom Brady's performance, the QB dealt with an array of injuries later into the season, including foot and elbow injuries that required more extensive amounts of treatment than usual throughout each week. That helps explain some accuracy issues that popped up.

While we don’t know exactly what Tom Brady’s future holds, we do know this: the tug-of-war between him and Bill Belichick — who seems ready to move on — is going to be a fascinating one.