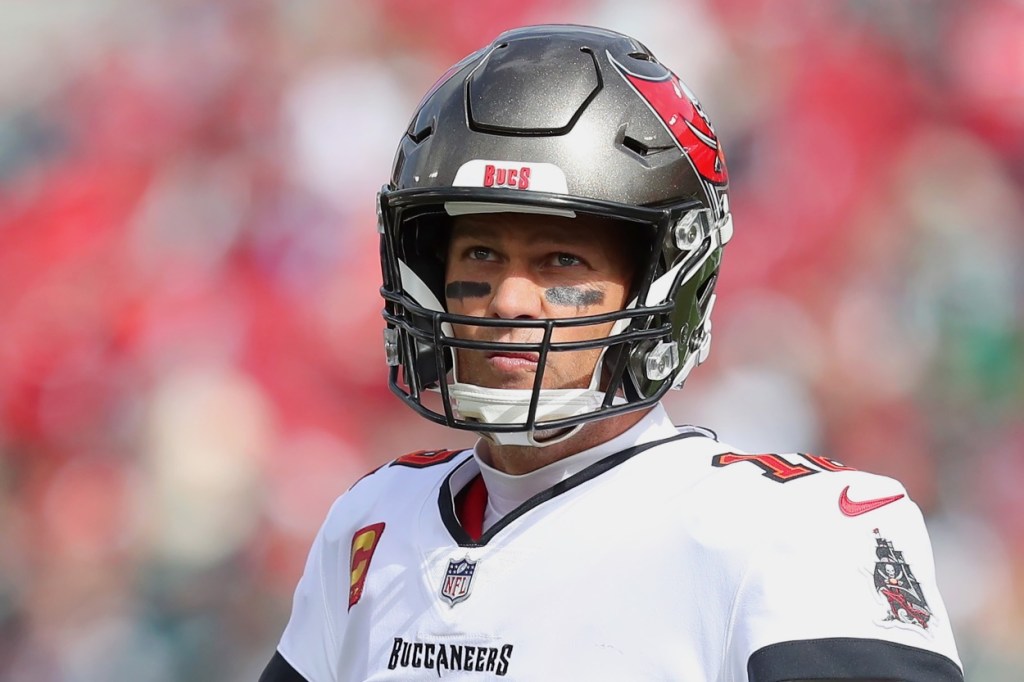 At 44-years-old, Tom Brady is in better shape than 99.9% of men in the United States. I actually had to really think about that for a minute but I’m convinced that if you took any group of 1,000 men in the USA at random that Brady is in better shape than 998 of them, on average. And I’m even more convinced after the GOAT flashed his jacked python arms on Instagram and nearly broke the comments.

It’s not shocking at all that Tom Brady is in such incredible shape even though he’s 44-years-old. He is only one year removed from winning his record 7th Super Bowl ring. The man hasn’t eaten junk food in probably four decades if ever. He treats his body like a temple and that’s reflected in his latest Instagram picture.

Tom posted this pictured with the caption “The exact moment Tom Brady “went Hollywoood” on the 80 For Brady set.” and added a message for Dwayne ‘The Rock’ Johnson that said “PS @therock I’m free until August if you need help with any stunts in the meantime.”

Tampa Bay’s backup (4th string?) quarterback Ryan Griffin hopped in Brady’s mentions to say “We don’t need any Hollywood divas in the qb room.” Here are some other comments via screenshot since showing you is easier than me just telling you what people said: 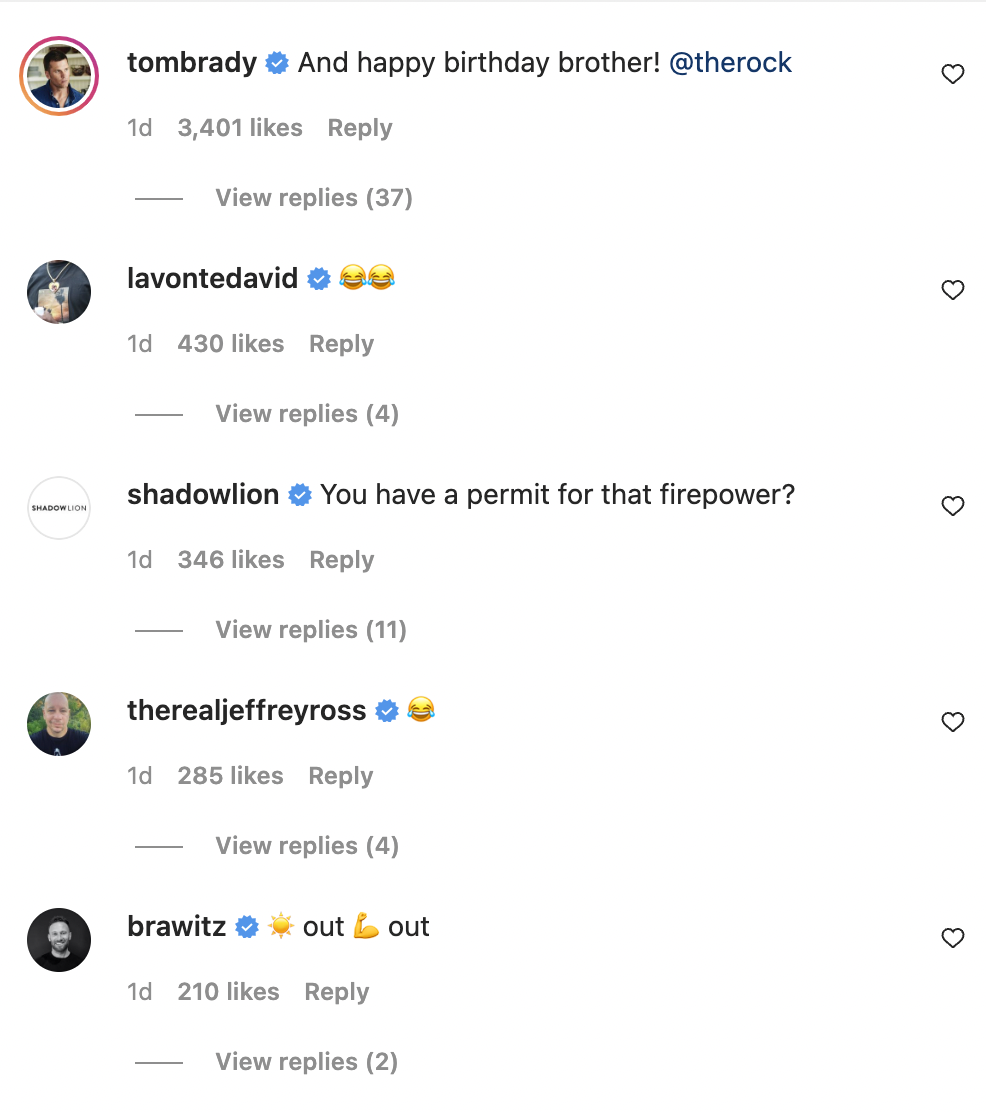 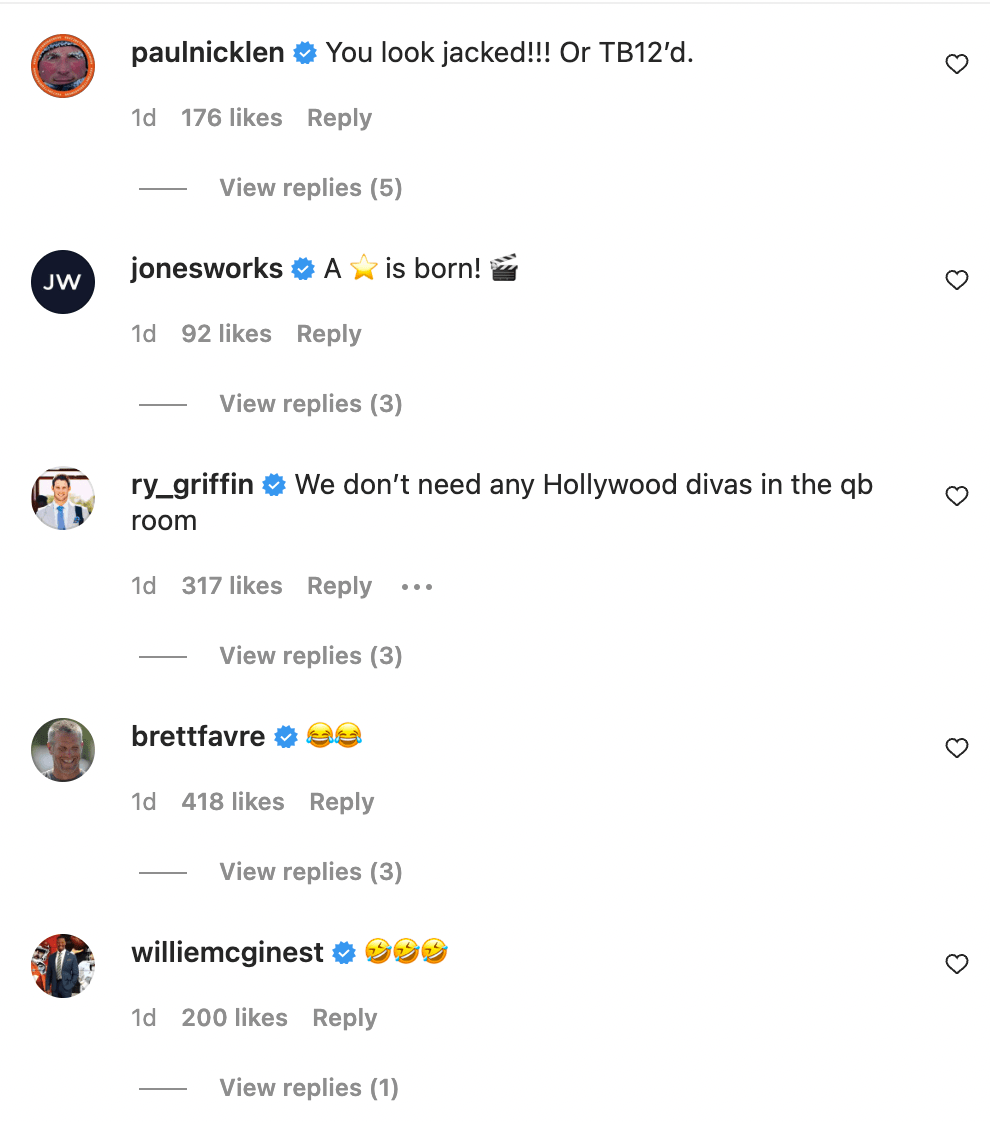 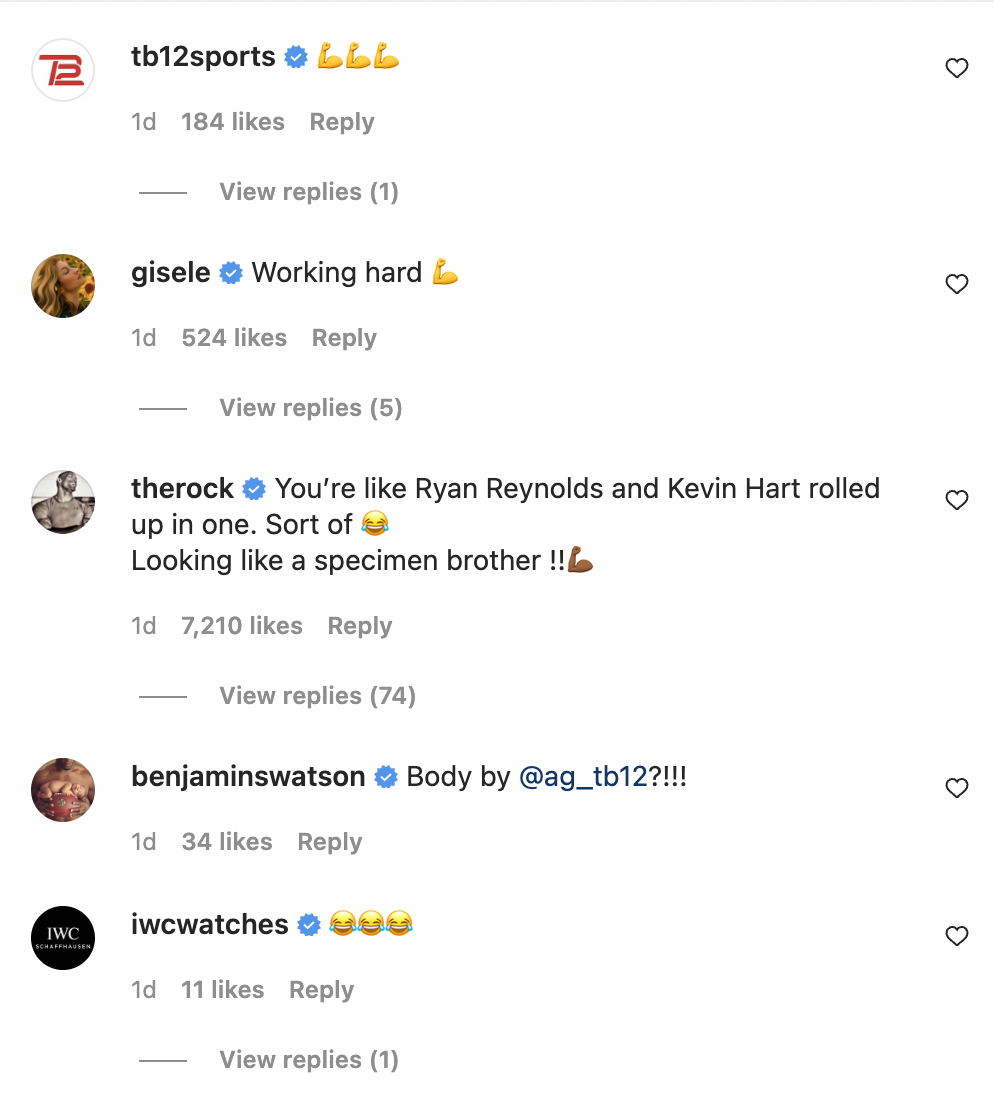 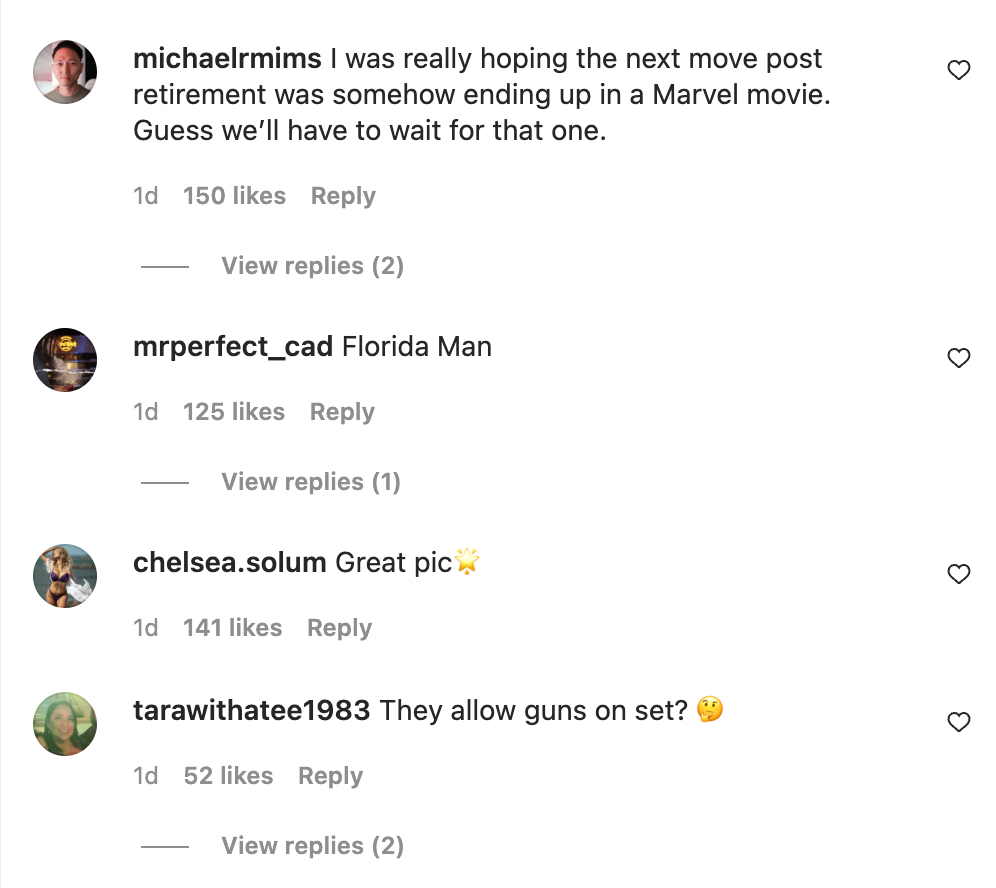 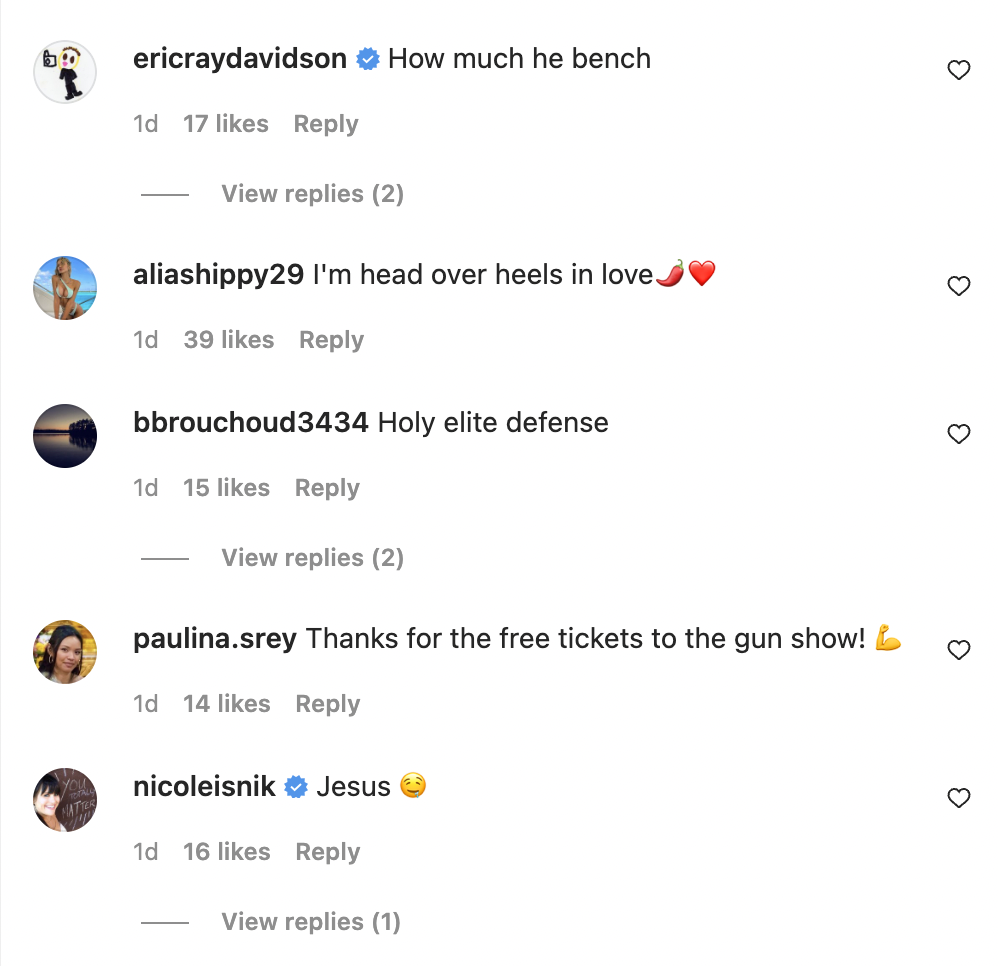 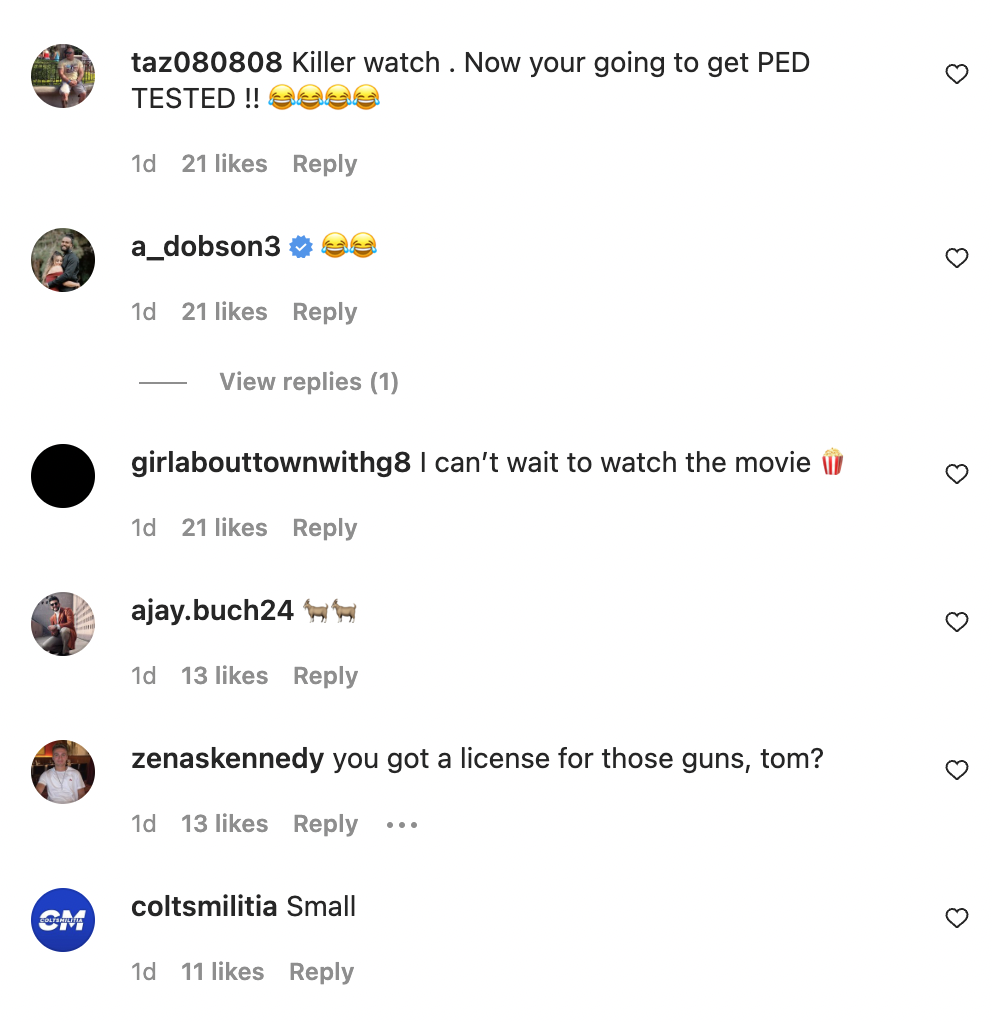 As a born and raised Tampa Bay Buccaneers fan I’m pretty stoked to see that our quarterback is in such great shape heading into the Summer.

There’s never a doubt with Tom, he looks after himself unlike anyone else in the game, but it’s still nice to have a little reassurance.