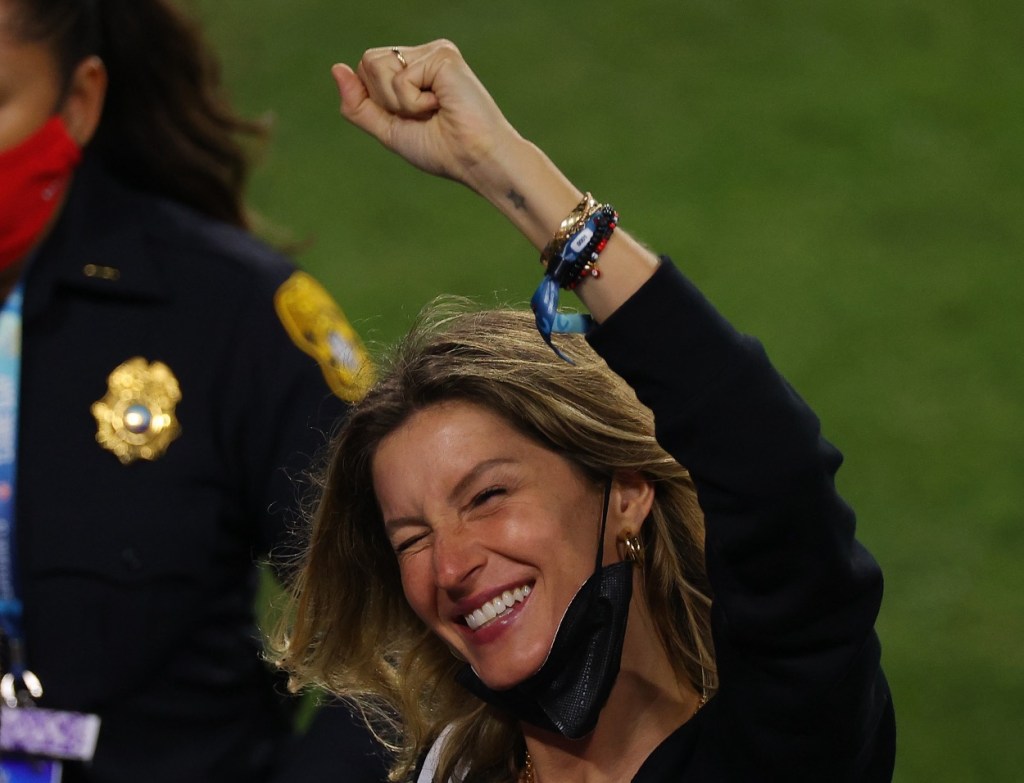 Tom Brady’s wife, Gisele Bundchen, has never once in their relationship been overshadowed by her husband despite him being the greatest NFL player in history. Gisele has an estimated net worth of $400 million without Tom as she was the highest-earning supermodel on the planet for years. I’m not implying that money is everything but she was a much bigger global celebrity than Tom Brady for years and possibly still is.

She’s also a bonafide badass on the blue mats. Gisele recently posted a highlight reel of her impressive Jiu-Jitsu skills where she’s throwing down chokeholds, takedowns, armbars, and more like someone who has spent years practicing martial arts.

After Gisele posted this video of her Jiu-Jitsu skills, lots of her fans and fans of her husband were quick to joke about Tom Brady’s safety. Most of the jokes are about how Bundchen could take Tom down in a
heartbeat should he ever consider un-retiring and returning to the NFL for another season. The keyword here is ‘jokes’, don’t read into this too much.

I believe the more tools we have in our toolbox the better. I feel stronger, more confidence and empowered since I started practicing self-defense. I feel it’s an important skill for all, but specially for us women. 🤛🏼 pic.twitter.com/EzUpylXfD4

If that caption isn’t loading for you, it reads: “I believe the more tools we have in our toolbox the better. I feel stronger, more confidence and empowered since I started practicing self-defense. I feel it’s an important skill for all, but specially for us women. Thank you @ValenteBrothers for being awesome teachers and for making training so much fun. I am looking forward to keep improving. Let’s go! 🤛🏼”

Like many, my first reaction was ‘she could take Tom Brady down in a heartbeat if she wanted to’ and those jokes hit social media fast after Gisele shared her impressive Jiu-Jitsu skills.

No wonder Brady retired. He’d get his butt kicked if he didn’t 🤣

Tom ain’t coming back. His wife might actually beat his ass 🤣😂

Now we know why Brady retired

Aaaaaaand Tom Brady just retweeted and got in on the joke

My days of leaving dishes in the sink are numbered… https://t.co/BoV9c4WZ5N

Jokes aside, Tom Brady did comment ‘you never cease to amaze me’ within moments of his wife posting that to Instagram.

On another note, it’s nice to see Gisele mastering another skill. She already mastered being the most beautiful person on the planet. Then she tackled motherhood and perfected that. And now that Tom Brady is retired and has time to take care of the kids she can focus on being the best in the world at pretty much everything else. It gives me hope that maybe one day if I really apply myself, I might be ‘moderately okay’ or even ‘slightly good’ at a single skill.