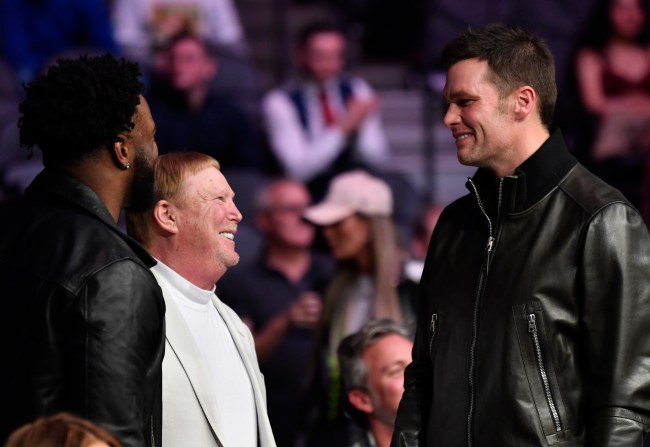 Two or three weeks ago I thought you had to be certifiably insane to think that Tom Brady would ever leave the New England Patriots and sign with a new team this late into his career. But with every passing day it seems more likely that TB12’s days in New England might be over.

I still think he’d be crazy to leave, to start with a new offensive line and learn a new system, and to uproot his entire life and start elsewhere. But it’s certainly a possibility that Tom Brady will suit up in a new team’s uniform next season.

The Pick Six Podcast with @WillBrinson experimented to try and see Brady’s chances of success next season with a new team and the results are certainly intriguing. Tom Brady only went on to win the Super Bowl once and I’m a little shocked to learn that it was with the Philadelphia Eagles.

For The Win‘s Henry McKenna breaks down the intriguing storylines of this Madden simulation for next season:

Who would have the best 2020 season with Tom Brady at QB?
We simulated Madden 32 times to find out. pic.twitter.com/jxNE33oFXZ

Brady won the Super Bowl with the Philadelphia Eagles, one of the only two franchises to beat Brady in the same game. It was his only Super Bowl-winning simulation.

Brady’s best regular season came with a 13-3 Chicago Bears. Brady threw for 4,800 yards and 47 touchdowns. (It seems like it was Peyton Manning’s Broncos all over again.) But alas, the Bears lost in NFC title game.

It wasn’t the only team that got him to the NFC Championship. Most surprising, Brady and the Washington Redskins went to the NFC title game. The Redskins!?

Brady missed the playoffs with the Patriots, the San Francisco 49ers, the New Orleans Saints, the Green Bay Packers, the Kansas City Chiefs and the Baltimore Ravens. Very weird.

Brady was 10-6 with Dallas Cowboys before losing in the first round of the playoffs. Look out, Dak.

The Chargers and Brady clinched the No. 1 seed in the AFC, but suffered lost in the divisional round. Sounds about right for L.A. (via)

I really cannot imagine him going to a new team. He’d be better off retiring and not risking getting tackled in half behind a new O-Line but my opinion is nothing compared to the team of experts I’m sure he has surrounding him to help him make this decision.