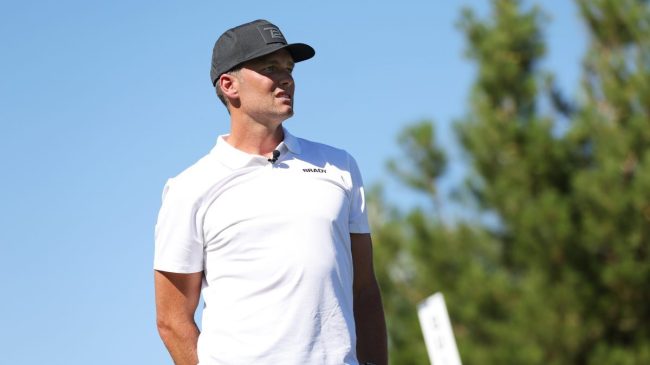 An old clip of reporter Max Kellerman speaking on Tom Brady’s future is making its way around social media. In the viral video, which occurred on an ESPN set six years ago, the TV personality is heard doubting Brady’s abilities on the gridiron.

Actually, it was more of an annihilation.

Kellerman says that Brady, who was 38 years old at the time, was nearing the end of his career. He implied that the Patriots should focus on developing Jimmy Garoppolo rather than waste any more time and resources on the “aging” passer.

“Tom Brady is just about done. It could be his next game he plays. It could be a year from now. But he is going to fall off a cliff.”

“Tom Brady is going to be a bum in short order.”

Since this egregiously awful take, Brady has won three Super Bowls, and he appears to be in no way, shape, or form slowing down. The passer just signed on for his 22nd season, and he’ll be looking to land an eighth NFL title in 2022. Based on Jennifer Lopez’s marriage history, there’s a good chance it will happen.

Brady happened to see the clip making its way around Twitter on Thursday afternoon, and he took a moment to respond to Kellerman.

Tom Brady replies to being called a bum

Tom Brady responded to the comments of his soon becoming a bum by letting Kellerman know that he’s now got his own clothing line. Far from “falling off a cliff.” Oh, and those three championships since 2016.

The passer also took a moment to let the television host know about the ratio his comments took, as even Stephen A. Smith disagreed with Kellerman’s take.

If there is a lesson in all of this, it’s to never doubt the GOAT.