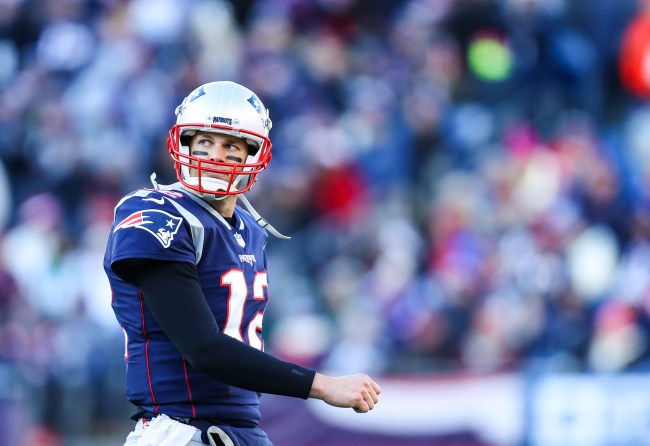 Tom Brady seems to win everything, doesn’t he? From underdog, sixth-round draft pick to, arguably, the best quarterback of all-time? Check. Married to the world’s richest supermodel? Check. Five Super Bowl rings, which is tied for the most by any player at the position in NFL history? Check.

Hell, Tom Brady wins so much that I wouldn’t be surprised if there’s a picture of the New England Patriots quarterback in the dictionary next to the word “winner.” Admittedly, though, I haven’t looked at a dictionary in years, so who actually knows.

Given the amount that Tom Terrific wins, it’s pretty surprising when he actually loses. But, following a 2018 season that saw some of his passing numbers decline in comparison to other quarterbacks in the NFL, Brady actually failed at something, guys — and it cost him a ton of money by doing so.

According to FTW.USAToday, per Boston.com, Tom Brady lost out on $5 million in performance incentive money this year after he gambled on himself to finish in the top-five in the league in a few passing statistics — which he accomplished in each during the 2017 NFL season. The major categories were passer rating, completion percentage, yards per pass attempt, touchdown passes and passing yards, with each major category being worth $1 million. Sadly, for Tom Brady, the closest he got to hitting even one of them was in passing yards, where he finished seventh this year.

For those who may be feeling bad for Brady, don’t, because the future Hall of Famer still earned a cool $15 million in salary alone this year, which is more than enough to help him sleep at night — next to his supermodel wife, nonetheless.

Sure, Tom Brady losing out on $5 million probably hurts, but if he ends up leading the Pats to a Super Bowl win this year, I’m pretty sure he won’t care less about a few million bucks not being in his bank account. Plus, he’s racked up millions during his illustrious careers anyway, so this probably doesn’t hurt him all that much anyway.