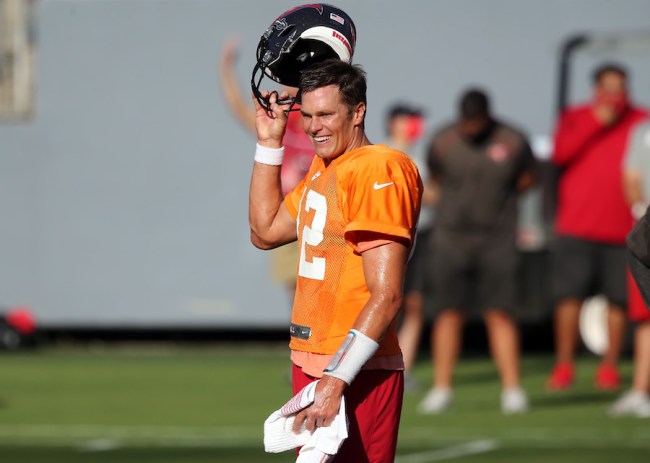 Tom Brady is pissed off.

Whatever the relationship with Belichick was back in New England, Brady rarely got called out by the head coach.

After one week, the relationship seems a little different between the future Hall of Famer and Bucs coach Bruce Arians.

Arians flat out said Brady played like dog shit in week one against the Saints.

Being called out by a head coach and talked about by another Hall of Fame quarterback has apparently lit a fire under Brady’s ass.

James Palmer of NFL Network reports that Brady “went to another level” during practice in advance of the Week Two game against Carolina.

“He doesn’t want to lose at anything,” an unnamed player told Palmer. “Especially a football game. So we’ve seen him come out to practice just locked in and focused.”

In hearing this report, Mike Florio at PFT brings up some good questions about Brady’s mindset prior to the week one loss.

Of course, this implies that Brady was not as locked in and focused as he needed to be before Week One, and that if he was able to take it to “another level” he wasn’t already practicing at the highest level possible. While that may not have been the intention, that’s the inescapable takeaway.

While it’s hard to believe Brady wasn’t giving it 100% in practice or a game, the veteran is still in his honeymoon phase with a new team, new coach, new playbook, new bathrooms, and a hundred other unfamiliar situations that he’ll get more comfortable with over time.