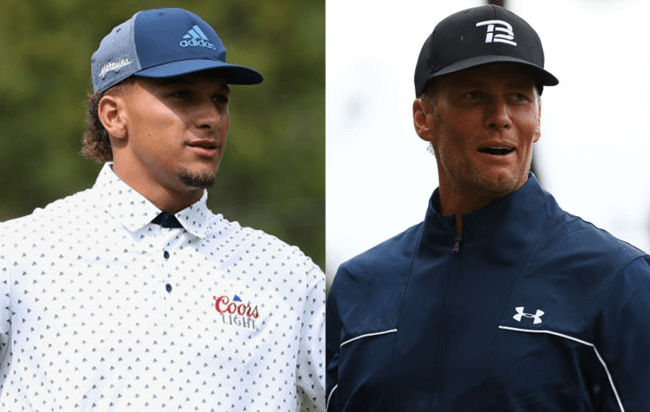 Super Bowl LV promised to be an epic showdown between Tom Brady and Patrick Mahomes, with the former coming into the game looking to cement his legacy as the G.O.A.T. and the latter hoping to take home his second-consecutive Lombardi Trophy with a victory that would’ve all but been viewed as a passing of the torch to the next great NFL quarterback.

While it certainly wasn’t the worst Super Bowl ever played, it was all but over by the time the first half wrapped up, as Tom Brady continued to defy age on his way to taking home the seventh Super Bowl ring of his career and Patrick Mahomes having the worst game of his entire career at the worst possible time.

Brady wasted no time announcing he’ll be returning yet again next year for another campaign at the age of 44, and when you consider Mahomes still has plenty of room to grow after establishing himself as one of the most formidable quarterbacks in the NFL in just four years, it’s not too far-fetched to think he’ll have a chance to get revenge at Super Bowl LVI.

However, he might not have to wait until next season for a shot at redemption, as TMZ reports the two men could go head-to-head on the golf course this spring according to sources that told the outlet they’re being targeted to participate in the next installment of “The Match.”

In 2018, Tiger Woods and Phil Mickelson gave golf fans one hell of a treat when they faced off at Shadow Creek Golf Course, where Lefty came away with the victory, and last year, Mickelson was joined by Tom Brady in an unsuccessful attempt to retain his title against the duo of Woods and Peyton Manning (thanks in no small part to Brady’s less-than-stellar performance.)

Steph Curry and Charles Barkley respectively joined Manning and Mickelson for a third iteration of The Match back in the fall, and while planning for the fourth one is still in its early stages, it appears organizers have set their sights on Brady and Mahomes for an event that should take place at some point in the late spring (it’s unclear if Woods and Mickelson will also be participating.)

The unfairly talented Mahomes is certainly no slouch on the golf course, and while I’m not sure what his handicap is, the show he put on at Top Golf should be enough to strike fear into Brady’s heart.

HBD to a baller 🙌

If you can somehow think of a more ideal matchup, feel free to use the comments to chime in.