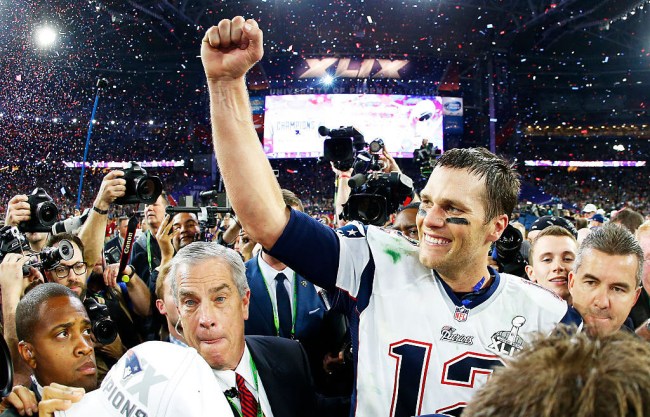 By most accounts, the New England Patriots are pretty good at football thanks in no small part to Tom Brady, who has led the team to five Super Bowl victories since he took the torch from Drew Bledsoe on his way to becoming the savior of people who think a “regular” coffee involves copious amounts of cream and sugar and can name more than one song by the Dropkick Murphys.

One of the most surprising aspects of the Patriots success is how consistently the team has managed to win despite constantly replacing (or, in the case of Rob Gronkowski, repairing) the cogs that keep the machine running. It’s not exactly a secret that Brady has left some money on the table while negotiating contracts in order to give New England more flexibility when fleshing out his supporting cast but a recent analysis suggests Brady has cost himself tens of millions of dollars due to his generosity.

Business Insider took a closer look at the contracts Brady has signed over the course of his career and compared them to those of some of his most talented contemporaries. This was their methodology:

We imagined a scenario where Brady signed new deals in 2005, 2009, 2013, and 2017 that were the equivalent of the going rate for the top quarterback at the time. In each of those four years, we imagined Brady signing a new contract equal to that of the biggest contracts for veteran quarterbacks that had been signed before that season or the previous season. We also imagined that Brady only played four seasons under each contract and then signed a new deal.

Brady has made almost $200 million playing in the NFL since being drafted but based on their calculations he’s missed out on at least $60 million— although a less conservative estimate puts that number at upwards of $100 million.