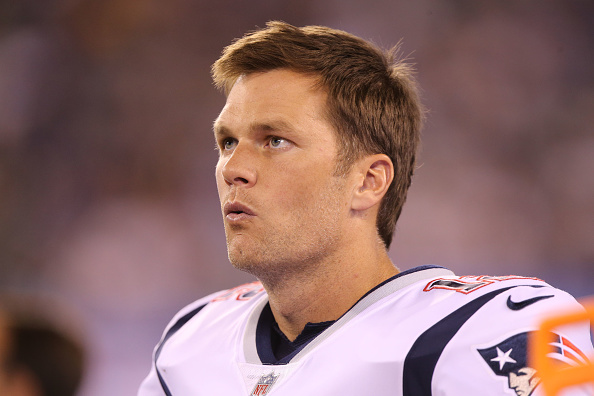 Over the weekend, the Minnesota Vikings announced that the team’s longtime trainer Fred Zamberletti had passed away at the age of 86.

The Minnesota Vikings family is devastated by the loss of our dear friend Fred Zamberletti. Fred was a staple of the franchise since its founding, helping build the Vikings from an expansion club in 1961 to a team ingrained in the fabric of life for Minnesota and the Upper Midwest. Fred worked tirelessly, at one point building a streak of 1,049 consecutive Vikings games attended, and was loved by everyone throughout the organization – players, coaches, and staff. He cared deeply about the health of his players as well as their lives off the field. With his incredible stories and his passion for the team, he was respected by us as owners. Each of us inside the Vikings has our own personal memories we shared with Fred and those will never be forgotten. Our thoughts are with the entire Zamberletti family today. – Vikings Owners Zygi and Mark Wilf

After learning of Zamberletti’s death, hall of fame Vikings receiver Randy Moss took to Instagram to post a heartfelt tribute to his former trainer.

Moss’ former Patriots teammate Tom Brady apparently didn’t read what the post was about because he made an ill-timed joke in the comments section of Moss’ tribute post. 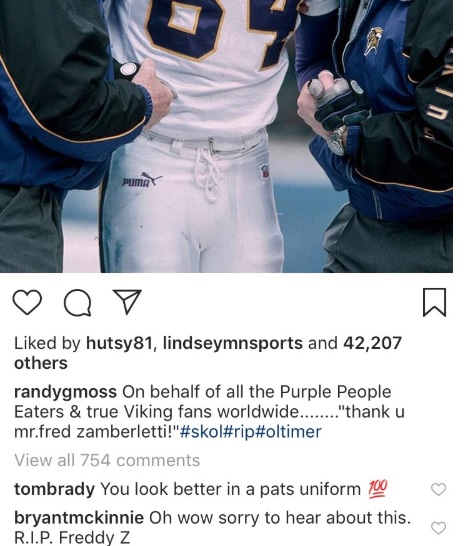 Of course people went on to call out Brady for his awkward joke.

Tom Brady coming in here disrespectfully after he choked away Moss’s Super Bowl has me angry online. FOH pic.twitter.com/UaHIop8ho7

Tom Brady has to comment something totally unnecessary. pic.twitter.com/OnbxjH2ECz 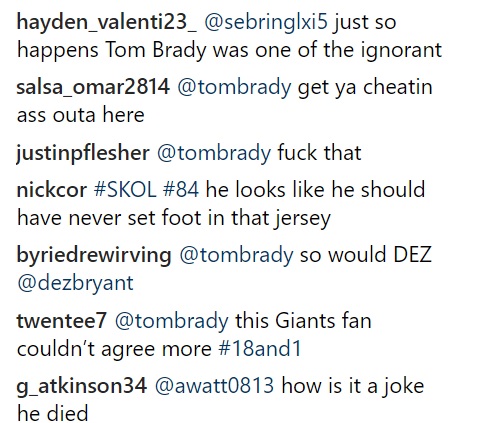