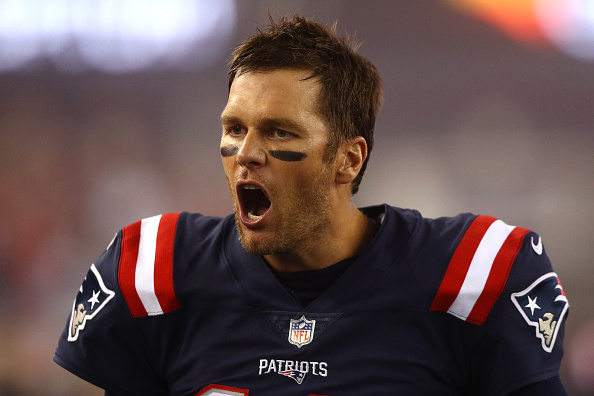 It appears that New England Patriots WB Tom Brady was not pleased with his receiver’s during the team’s practice session this morning.

According to several reports Brady got so upset with his receivers during an 11-on-11 drills that he asked for the ball back after an incomplete pass and punted the ball into the stands.

Tom Brady, frustrated with a high incompletion, asked for the ball back and punted it into the stands.

Tom Brady and his receivers are having a tough practice. After one incomplete pass, Brady asked for the ball back and punted it into the crowd.

Not the best day for Tom Brady and his receivers. Lots of drops and miscommunications. Evident by the Brady punt in frustration.

“You’ve gotta get yourself going,” Chris Hogan said Monday after practice. “These are the type of days where you really have to dig deep and grind through it, and really focus on whatever your job is for that day. Try to string together good days of practice, whether you’re tired or it’s wet or slippery outside. That doesn’t really matter, you just have to do your job.”

“This is not something you can dwell on – one drop or a mistake. This is a fast-paced game, and you can’t dwell on one play. … Do your job and try to make a play when it comes to you next.”

What is he? A five year old throwing a tantrum?

And of course there were DeflateGate jokes.

Sounds like he was unhappy w its pressure level

It’s good to see that Brady has that competitive fire even during training camp.