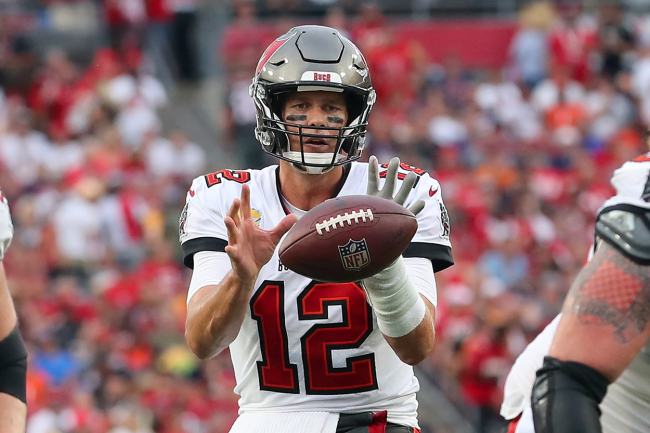 It is truly the end of an era. Tom Brady officially retied from football earlier this week and marked the end of his 22-year career in the NFL.

With his retirement, TB12 goes out as the greatest quarterback of all-time. He also goes down in the history books holding multiple records (h/t CBS Sports) and sits near the top of quite a few statistical categories. One in particular stands out as extremely unique.

But that is not it.

This is hilarious to me. The all time list. pic.twitter.com/s70F1lAfEF

Obviously, the player pool is limited, but the fact that only three players have caught a pass at 40 years old or older and two of them are quarterbacks is something that you will never forget. Tom Brady is the all-time leader in NFL history for receiving yards by a quarterback over 40. Bring that one up at your next dinner party!