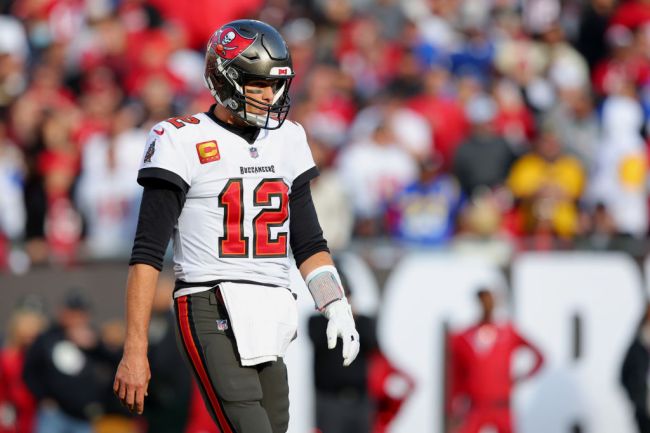 Tom Brady may have played the final game of his career on Sunday.

Before the Rams-Bucs divisional playoff game, ESPN reported that the Bucs organization was uncertain about Brady’s future.

Tom Brady will mull his future after the season concludes and take time before committing to return to football in 2022, sources told @JeffDarlington and @AdamSchefter. https://t.co/EwsAqI4ACr

Sources with the Bucs and close to Brady all recognize the star quarterback remains noncommittal to playing beyond this season. Although Brady could decide to play again — he has talked about playing until he was 45, and even beyond — it is far from a given, sources told ESPN.

Brady’s departure is a topic that quietly has come up within the Tampa Bay organization for weeks now, and there has been internal uncertainty about what the future holds for the seven-time Super Bowl champion and all-time NFL passing leader.

Brady, 44, plans to take time after the season ends — a month or longer — to assess how he feels physically and mentally while also gauging his family’s desires, sources told ESPN.

Sources told ESPN that Brady is happy in Tampa, while team sources added that the Bucs are similarly content. Tampa Bay’s coaches and executives are unanimous in their desire to keep moving forward with Brady beyond this season, something they plan to convey to him when the season is over.

After the Bucs loss to the Rams on Sunday afternoon, Brady was asked about the retirement rumors and responded by saying that he hadn’t put much thought about his future as of yet.

#Bucs QB Tom Brady says he hasn't put much thought into his future and he'll take it day-by-day. He deflects a follow up question.

Asked how he feels physically: "I feel great."

You win or you learn.

There are no failures, only lessons. When you fall you need to pick yourself up with greater enthusiasm than you went down. Now we look back on an incredible season, learn our lessons, and get up… because even greater things are coming.#KeepGoing pic.twitter.com/tCXI3q1J5p