Tom Brady Roasts Mike Vrabel: ‘He’s Kind Of An A–hole When You Get To Know Him’ 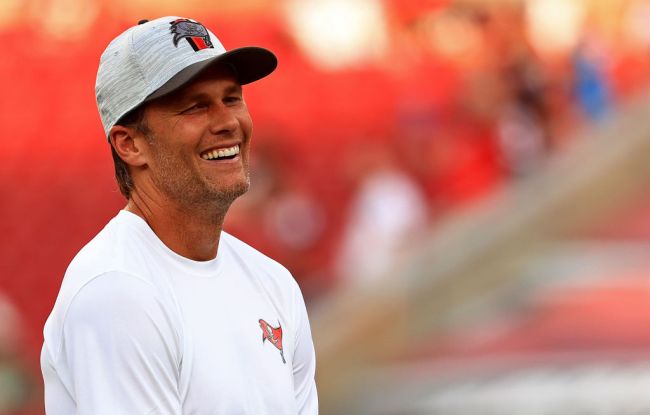 Tom Brady has won seven Super Bowls and is one of the greatest to ever pick up a football. While everyone pays attention to his ridiculous numbers and accolades, we can’t overlook just how great of a trash talker the man is.

His recent comments about Titans head coach Mike Vrabel, with who he spent eight seasons as a teammate in New England, is just the latest example of his elite trash-talking abilities.

The Buccaneers and Titans held joint practices with one another in August before squaring off in a preseason game against one another in Tampa Bay. This allowed Brady and Vrabel to catch up a bit, and also gave TB12 an opportunity to let folks know just what kind of guy Vrabel actually is.

Brady did not hold back.

“Mike’s kind of an a–hole when you get to know him,” Brady said with a smirk. “He went to Ohio State. Obviously, I don’t like him.”

Then, in clever fashion, Brady spoke on their ‘healthy competition’ with one another by calling Vrabel fat.

“There’s a healthy competition between us, even though he’s kind of fat and out of shape now,” Brady said. “Physically, he’s really declined to a pretty sad state.”

Obviously everything Brady said was tongue in cheek, Vrabel and himself have a good relationship, but still, that’s how trash talking is done, folks.

Vrabel’s Titans got the last laugh in Tampa Bay as they earned a 34-3 win over the Bucs, but Brady didn’t suit up for the game.

Needless to say, I bet these two go at each other even more when there’s not a camera in their face.