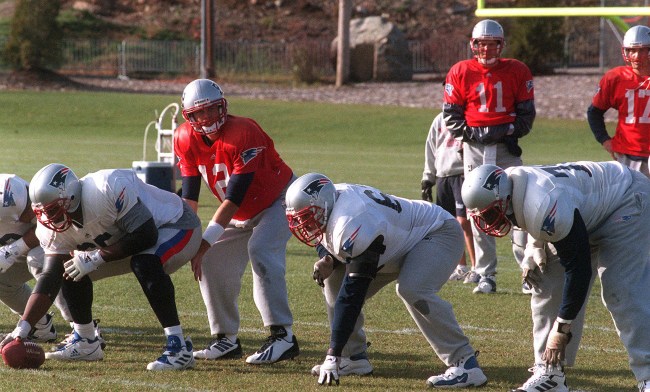 Especially since it was a autographed Tom Brady rookie card rated in “virtually perfect” condition.

The card is a 2000 Playoff Contenders Tom Brady rookie card #144 autographed by the GOAT himself. The seller, PWCC Marketplace, called it “the single most important modern football card ever produced.”

Few cards in our history inspire as much excitement as this offering. Even to vintage card enthusiasts, certain cards rise from the modern realm to emerge as world class investment pieces.

Offered here is what we personally believe to be the single most important modern football card ever produced. – the 2000 Playoff Contenders Autographed Tom Brady, held firmly within a stunning PSA 10 holder.

As everyone knows by now, Tom Brady entered the NFL with zero attention attached to his name, being drafted 199th overall in the 2000 draft. In 2001 he would take the reins of the Patriots after an injury to then starting QB Drew Bledsoe. Six Championships, three MVP awards and many records to his name since then, the evidence of Brady’s success is difficult to deny.

Few athletes have attained brand awareness to match Tom Brady; a figure who possesses the draw of invincibility that only comes with championships. Like Jordan, Gretzky, Woods, Ruth and Venus, Tom Brady holds the status of immortal, and is one of our culture’s most active legends, still showing attributes of youth and viability which seem to redefine what’s possible within the landscape of professional sports.

Offered here is his most desired trading card, positioned firmly atop the finest copies known to exist and just the fourth PSA 10 we have brokered in our long history. The offered example easily stands apart from the others, possessing ‘brand new’ qualities throughout. The fragile gold foil ticket truly excites as it possesses no visual scuffs, scratches, or imperfections. All four corners are uniformly untouched with the fragile periphery being entirely clean; rare as this card is typically plagued by edge chipping. Furthermore, one of the most difficult aspects of this card, the autograph is seemingly pristine and brilliantly penned in black ink.

There simply are not enough of these assets to be shared among investors, and as the trading card space continues to mature, assets of this caliber are expected to continue their rise towards status of ‘museum caliber’. A heroic offering which provides the best of what our market has to offer.

Crazy, right? Just imagine if Brady comes away with a seventh Super Bowl ring on February 7th. The card will probably be worth a million bucks then. After all, a Mike Trout autographed rookie card went for $900K last year and he hasn’t won squat.