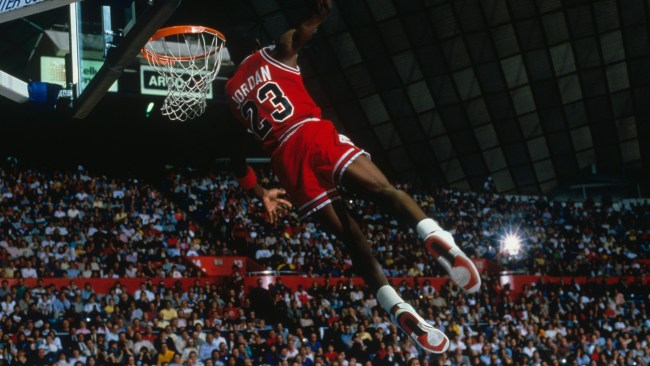 What is up with sports trading cards these days?

A little over a week ago, a Mike Trout 2009 Bowman Chrome Draft Prospects Superfractor card sold for a redonkulous $3.9 million at auction.

“The Michael Jordan rookie card came to us ungraded, and we knew it was special from the very first moment we saw its condition,” said Chris Ivy, Heritage’s Director of Sports Auctions. “The SGC Pristine 10 Gold Label grade represents the best of the best, and that was reflected by the world-record price.”

Related: A Michael Jordan Sticker Card Just Sold For $25K, Didn’t Even Crack The Top 10 Most Expensive MJ Cards Of All Time

Turns out The Last Dance has really ramped up the value of His Airness’ trading cards.

A coveted card has become a golden ticket for some collectors. That was evident throughout the first night (and early morning) of Heritage’s Platinum Night Sports Collectibles event.

17 years since he last played in the NBA and MJ is still the G.O.A.T.