Vegas Dave Describes How He Swindled An Extra $400,000 On The Sale Of His Record-Setting Mike Trout Card 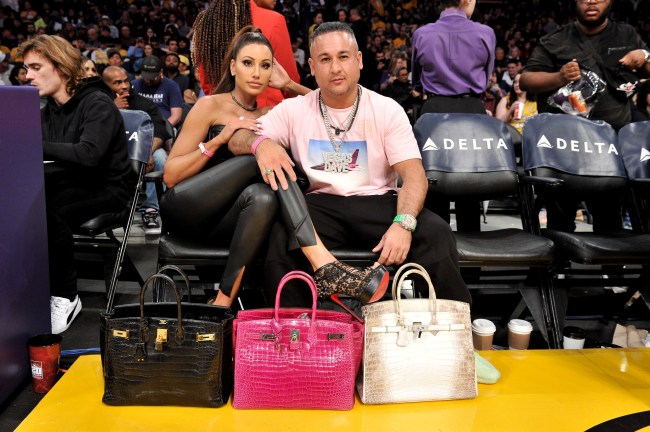 Till my dying day I may never understand the high-end sports memorabilia market, how a piece of cardboard can sell for a Malibu mansion, or how Vegas Dave pulled Holly Sonders.

Beating the Las Vegas Casinos, beating the Feds facing 19 alleged felonies and 40 years in prison, making 2 million a month off my phone with no over head, however the most difficult accomplishment of my life believe it or not was finding true love. This took 43 years to find❤️ pic.twitter.com/gIIfbrgS3k

The notorious sports betting consultant made history Sunday after selling his one-of-a-kind Mike Trout 2009 Bowman Chrome Draft Prospects Superfractor trading card for $3.84 million ($3.936 million with the premium added), the highest price ever paid for a card.

Vegas Dave originally purchased the card back in 2018 for $400,000 on eBay from a seller based in Taiwan, making the net haul ridiculously profitable.

Before the sale, Dave spoke with the New York Post about a hard-ball conversation he had with a prospective buyer.

“[The card] sold because it’s a one-in-one and the person knows,” Oancea told The Post on Monday. “They called me before the auction, and said, ‘hey, made an offer for $3.5 million cash, take it.’ We kind of argued over the phone I said, ‘no, I’ll stand my ground. If not I’ll keep the card.’”

“In the back of my head I know this: Someone who’s going to offer me $3.5 [million] — they’re going to pay $3.9 [million]. Four hundred thousand dollars is chump change when you’re dropping $3 million on a baseball card.”

“People laughed about me buying the baseball card [because] it’s a piece of cardboard,” he said. “I made a video two years ago saying, ‘This card for $400,000 is my big investment,’ and I took a lot of criticism, people still hating on it and I said, ‘mark my words, it’ll break the record’ — and it did two years later.

“The fact that I put it out there, the fact that I bought up all the other Trouts — I monopolized the market, I leveraged the market. That’s why the card went for $400,000 to $4 million. No one else could have done that because the card before was only worth $400,000 and people thought it was crazy back then to buy it for $400,000. It took my marketing and sales ability and my brand to inflate the prices so high.”

4 million dollars. I just flipped a piece of cardboard for 3.6 million dollars in 24 months which required no manual labor. That’s more money than each of my critics will ever make working a 9-5 for 40 hours a week for 40 years for a boss they don’t like even like.Cheers haters💋 pic.twitter.com/R5VOTqJ1ld

Vegas Dave claims while the old Dave, the one who was banned from Las Vegas casinos last year for fraudulently using other people’s identities to open accounts, would have spent his $4 million on Rolexes or another Ferrari, the new Dave is playing it more conservative.

“I’m taking the money, paying my taxes with it first, and then putting it all into a retirement fund and I’m not going to touch it. I’m just going to let the interest compound.”

For a goddamn baseball card. What am I doing with my life?