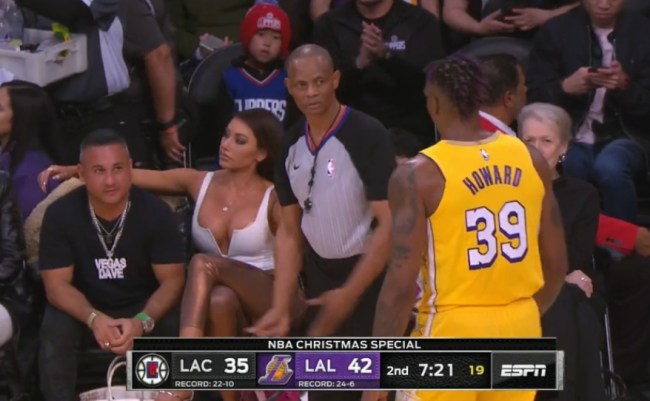 Beating the Las Vegas Casinos, beating the Feds facing 19 alleged felonies and 40 years in prison, making 2 million a month off my phone with no over head, however the most difficult accomplishment of my life believe it or not was finding true love. This took 43 years to find❤️ pic.twitter.com/gIIfbrgS3k

During today’s Lakers-Clippers Christmas day game both Dave and Sonders were the talk of the Internet after they were seen sitting courtside.

I see you out here working Vegas Dave. pic.twitter.com/yLyPaZDHbL

It’s official. Holly Sounders and Vegas Dave are the most out of left field celebrity couple of all time