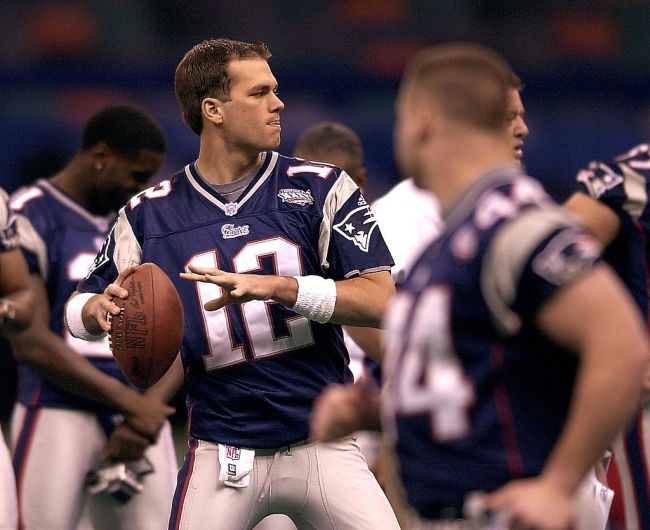 In case you’re unaware, the sports card and memorabilia business is booming at the moment. The industry has made a gigantic comeback all while new ventures like NBA Top Shot have made a new-look splash as well. Just take the fact that a Tom Brady rookie card sold for a record $1.32 million on Thursday as proof.

The autographed 2000 Playoff Contender Championship Ticket card was graded an eight with a 10 grading on the signature before it was sold on PWCC Marketplace. It was purchase by James Park, who is a well-known card collector and Brady fan.

“I lived in Boston for 10 years and so am a huge fan of Brady,” Park said in comments posted to PWCC Marketplace’s Instagram account. “I’ve also had a love of collecting cards since I was a kid. Given Brady’s uncontested status as GOAT in football, this card is an important piece of sports history and of any collection.”

The $1.32 million price tag on the Brady card obliterated the previous record held by a Patrick Mahomes card that was recently sold for $861,000 in February. The Mahomes card was one of only five of that specific type.

While the $1.32 million for the Brady card holds the record now, it may be short-lived given the trajectory of the industry at the moment. In fact, there is a similar card being sold at Lelands auction house with a grade of 8.5 with a signature graded at a nine. The way things are going, it’s only a matter of time until that Brady card trumps this Brady card.

In 2019, a Mint 9 with a 10 grading on the signature of the exact same Brady rookie card as the new record-setting one sold for just over $400,000 making it the highest auction price in history for a football card, according to ESPN.