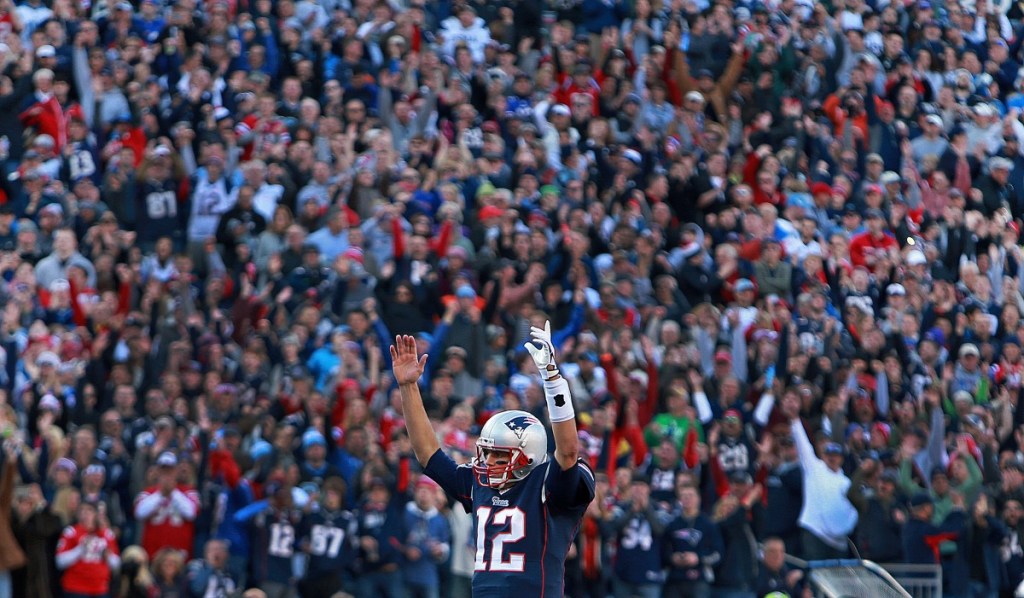 A Tom Brady rookie card set a new world record as the most expensive football trading card ever sold at auction. The previous record was only two months old. That world record was $2.25 million. Tom’s rookie card absolutely demolished that and sold for $3.107 million.

This auction was held by Lelands Mid-Spring Classic Auction which is interesting because the previous record for a football card was also held by Lelands. A world record jumping from $2.25 million to $3.107 million in just two months is almost unheard but this is Tom Brady we’re talking about. Nothing about him is normal.

Someone paid half a million dollars for a Tom Brady rookie card back in January. It’s insane to see how much action there is in the trading card market these days. People are spending fortunes on anything related to Tom Brady as well. Ticket prices to his Bucs game in New England next season are through the roof.

Director of Acquisitions at Lelands Jordan Gilroy wasn’t surprised a Tom Brady rookie card set a new record. He said “Tom Brady is the GOAT and continues to break records both on and off the playing field. It’s only fitting that Brady has set another record for the most expensive football card ever sold in public auction.”

Here is something that blows my mind. Another item in this auction was the football that Tom Brady used to throw his very first touchdown. That football sold for $428,842 according to ESPN’s Mike Reiss.

HOW does that football sell for less than 1/6th of what a trading card sold for? That football was used in a game by Tom Brady and it’s a piece of history. His first touchdown ball ever! That could easily go into the Hall of Fame one day. In my head, that should be worth more than the trading card because it has an attachment to the real world that the trading card does not.