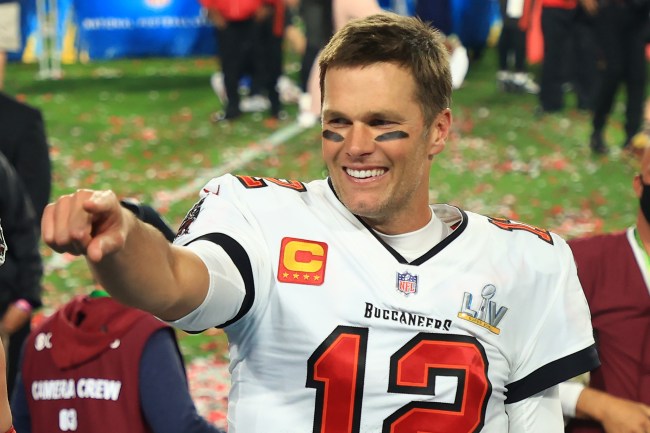 If you’re a Patriots fan and want to see Tom Brady in what could be his final game ever in Gillette Stadium you’re going to have to fork over a lot of money to do so.

On Wednesday night, the NFL released their schedule which revealed that Brady and the Bucs will be visiting New England in Week 4 on October 3rd.

The Week 4 game will be aired on”Sunday Night Football” and is going to be Brady’s first meeting against the Pats since he left to play for the Bucs last season amid turmoil with former head coach Bill Belichick.

There’s a pretty decent chance Brady could break Drew Brees’ passing record during that game which is also adding to the hype for his return to Gilette Stadium.

Brady will enter the season just 1,154 yards behind Drew Brees for the NFL’s career passing record. With the Pats game in Week 4, he could be in line to break the mark in his return to Foxborough. At his 2020 pace (289.6 passing yards per game), he would finish Week 4 with 1,158 yards.

The Patriots, with Cam Newton mostly under center, went 7-9 in 2020, missing the playoffs for the first time since the 2008 season.

Tickets for Brady’s return are already ridiculously expensive and selling for up to $12k a pop.

The cheapest tickets can be currently found for about $1,100.

Cheapest prices for a pair of Bucs-Patriots tickets right now for Tom Brady's return to Foxboro in Week 4? $1,350 each on Ticketmaster, $1,150 on Stubhub, $1,135 on Seatgeek, $1,170 on Ticketcity. Pretty impressive for a regular-season game.

According to data from ticket reselling site Vivid Seats, Brady’s return to New England is by far the most in-demand game of the NFL season with an average ticket price of $1,376. 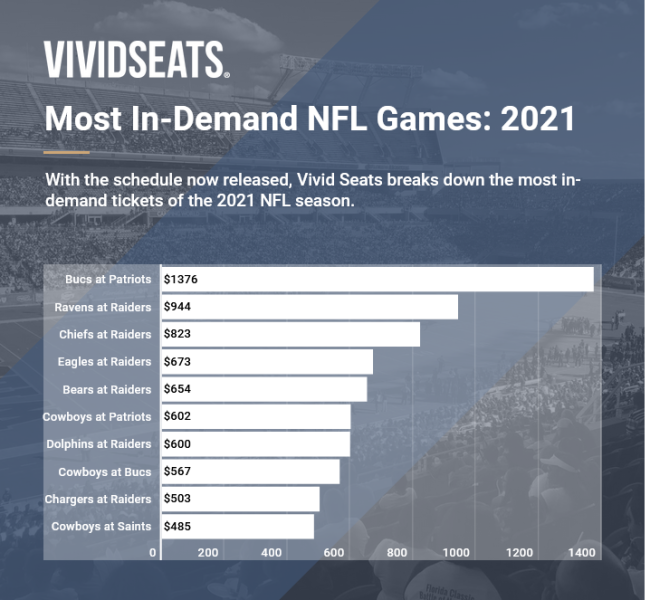