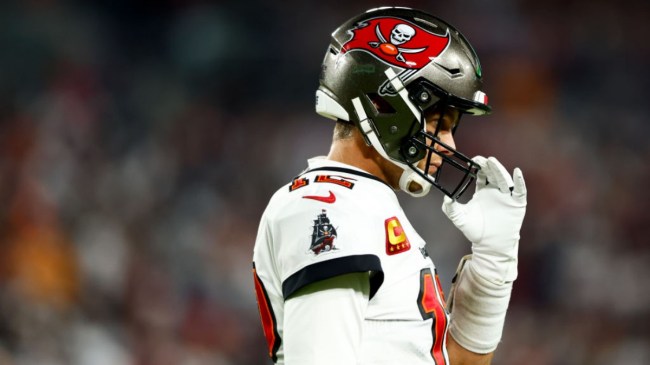 With the season over for the Tampa Bay Buccaneers’ season coming to an end in the Wild Card Round of the NFL playoffs, fans have shifted their focus to what the future holds for Tom Brady.

His contract with the Buccaneers has come to an end, opening up the possibility that he could leave for a new team that he feels has a better chance to win one last Super Bowl.

There have been a few options that have been reported recently, but Brady has been reluctant to shine any kind of a light on what his future may hold.

Despite his efforts to keep his future plans concealed, it seems fans believe they may have recently gotten a clue about what his future may hold.

According to Page Six, Brady went on a tour of a private school in Miami for his kids to attend.

There is just one big issue with any rumors about Tom Brady heading to the Miami Dolphins. Tua Tagovailoa is still the Dolphins’ quarterback.

Despite missing games throughout this past season with multiple concussions, Tua put together the best year of his career this season. In just 13 games, he threw for 3548 yards and 25 touchdowns while completing 64.8% of his passes and maintaining a 3:1 TD:INT ratio.

It’s hard to picture the Dolphins replacing Tua after he made such big improvements in his 3rd year. Tua is just 24 years old and can be the franchise quarterback for a decade for a team that just went 8-5 in his starts and made the playoffs.

Giving up that potential for a 45-year old QB who might only play for the organization for a year seems like a short-sighted move.

Still, Brady has been linked to the Dolphins for a while and maybe they are willing to sacrifice that future potential for a year with the GOAT.