Tom Brady Was Shut Out For The First Time Since The Bush Administration, Preserves Record Set By Drew Brees 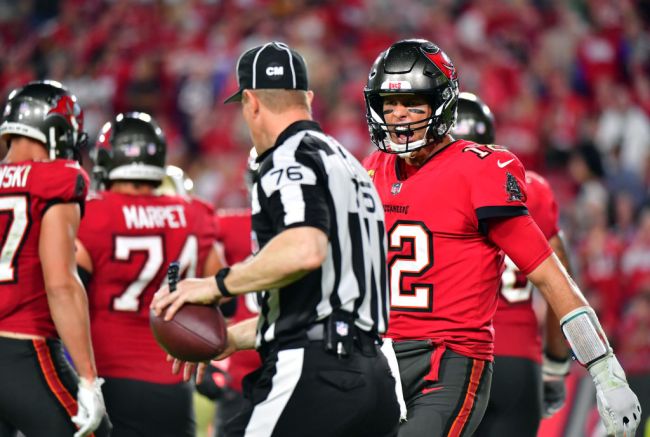 As a cursed New York Jets fan (your condolences would be greatly appreciated), I had a front-row seat to Tom Brady’s dominance for virtually my entire life, as I watched him beat the Jets up and down I-95 for as long as I can remember (except those, like, first two years of Rex Ryan). Part of the reason why I’m sick and tired of Tom Brady’s excellence is that it’s defined my entire NFL fandom experience — I genuinely don’t know what an NFL without him looks like, and frankly, I’d like to see it.

Perhaps last night’s loss against the New Orleans Saints means we’re one step closer to that reality I so desire, as for the first time in 15-years — or as I framed it in the title, for the first time since the George W. Bush administration (just try wrapping your head around how much the world has changed since then!) — a Tom Brady-led team was shut out, as the Tampa Bay Buccaneers put up a goose egg against the Saints, losing 9-0. To be fair to Timeless Tom, though, the Bucs were without four of their top weapons, as Mike Evans, Chris Godwin, and Leonard Fournette all left the game with injuries, while Antonio Brown remains suspended for being a pathetic liar.

It was just the third time Brady has been shut out in his career, and the first time a Brady-quarterbacked team has been shut out since Week 15 of the 2006 season, according to the NFL’s internal research department. In 2006, Brady was still just 29 years old and no current NFL defensive players were in the league at the time. He is now 44 years old. The 255-game streak without being shut out preserves the record held by former Saints quarterback Drew Brees, who in 2006 was playing in his first season with the Saints. [via CBS Sports]

With the loss, the Buccaneers are now the third seed in the NFC playoffs behind the Green Bay Packers and Dallas Cowboys, while the win — which brought the Saints up to 7-7 — now sees New Orleans occupy the 7th and final seed in the NFC.