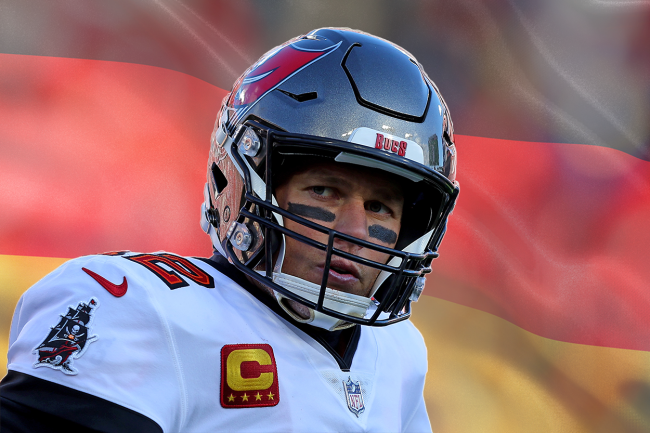 On Wednesday morning, it was announced that the first-ever NFL game will be played in Germany on November 13, 2022. It will be the first time that a sport other than soccer will be played at Allianz Arena in Munich and it will feature the greatest of all-time.

The game will pit the Seattle Seahawks and Tampa Bay Buccaneers against one another in front of 75,000 international fans.

The @Seahawks and @Buccaneers will play in the first-ever regular season game in Germany! @NFLDeutschland

To include Brady in the first-ever game in Germany is a brilliant idea. There is no player in the NFL with a bigger brand or greater reach in terms of notoriety.

Although much of the week will be spent preparing for the game and getting acclimated to the new game environment, both the Seahawks and Buccaneers will have time to explore the the 864-year-old city. Should Brady’s wife, Gisele Bündchen, join him on the trip, it will be something of a homecoming.

Bündchen was born and raised in Brazil, but she is a sixth-generation German Brazilian. Hence her last name.

Brady’s in-laws speak German, and although his wife grew up learning German in school, she no longer speaks the language. Despite her time away from the tongue and the country, Bündchen and her parents could probably help Brady pick up a few things before he flies to Deutschland.

German-born, two-time Super Bowl champion Sebastian Vollmer played with Brady on the Patriots and tried to teach him some basic German sayings. Brady did not grasp the learnings at all and it was hilarious.

"LIGHT SABER, TOM BRAADDDDY!"@TomBrady may not know German, but at least he's got the Star Wars lingo down. 😂 #MayThe4thBeWithYou (via @Patriots)@NFLDeutschland | @SebVollmer pic.twitter.com/U3FBbG53Lx

Brady has about seven months to work on his German and he literally can’t get any worse. Maybe Bündchen will teach him a few things before he takes the field in November.