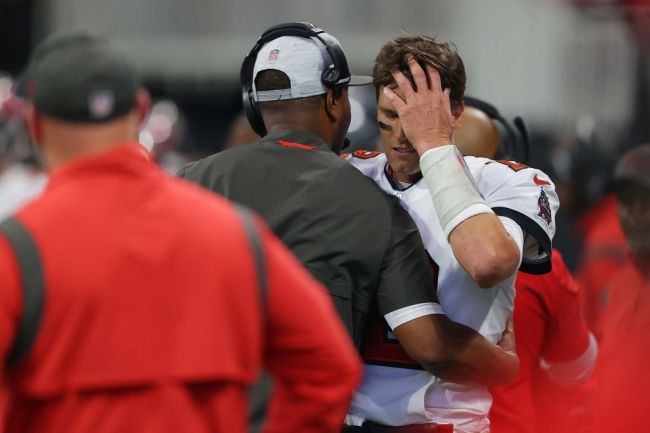 Even the GOAT makes terrible decisions from time to time.

While up double digits against the Atlanta Falcons, Brady threw a mind-boggling interception to Marlon Davidson near the Bucs’ own endzone with 22 seconds left to go before halftime.

Brady has now thrown an interception in five consecutive weeks.

Tom Brady, the Tampa Bay Buccaneers quarterback, can't stop throwing the football to players not on his team. He's thrown interceptions in 5 consecutive weeks, which is his longest streak since 2017.

The pick also ended up being Davidson’s first career interception.

not bad to have your first interception since high school (at least) be a pick-six of Tom Brady https://t.co/tDLj2dF4qA

Update:: Brady briefly spoke about the pick-six interception during his postgame presser.

Tom Brady on the pick-six: "The d-lineman caught it. We had a screen called and I saw Leonard, and the guy made a good play." #Bucs