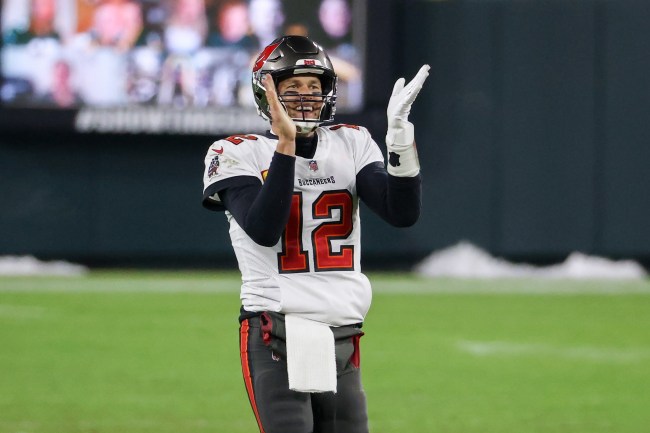 Not to sound too cliché, but Tom Brady isn’t just the greatest quarterback of all time, he’s also one of the all-time great competitors. You don’t win seven Super Bowls by not being insanely competitive, and we all know one of the major keys of being a great competitor is one’s ability to talk trash.

We all witnessed Brady share some choice words with Tyrann Mathieu during last year’s Super Bowl, and while that moment rightfully got a tone of attention, it wasn’t TB12’s first bout in the trash-talking arena.

Matt Judon, who began his career with the Ravens before recently joining the Patriots, recently shared what kind of trash talker Brady is on the field. The two-time Pro Bowler explained that Brady is never disrespectful, but he absolutely likes to mix it up with guys.

“Tom talks on the field and, you know, he says what comes to mind in the moment. He says what he feels like he has to say, but it’s never disrespectful or it’s never personal,” Judon told the Boston Globe. “So, I enjoy talking trash with Tom because I talk as well. It’s not cordial, but it never gets personal. It’s never like a point-the-finger-at-somebody type thing. So, it was just always cool. And you played it off.

“Tom’s been in this league for a long time, so he knows how to talk enough and try to get under people’s skin.”

This all sounds about right. In no way would we all expect Judon to come out and say that Brady is some all-world trash talker, that just doesn’t seem like Brady’s style.