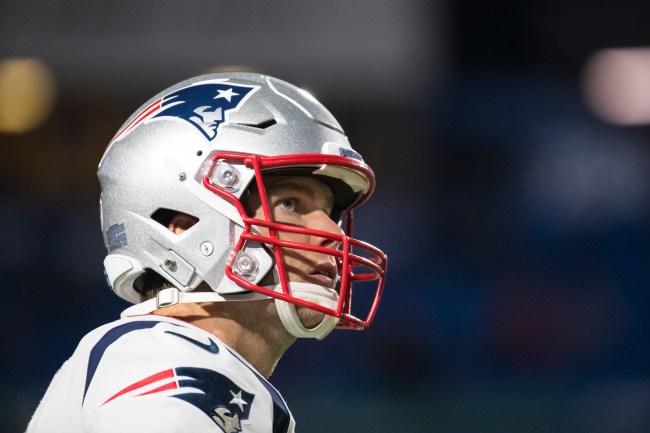 The undefeated Patriots will head to Buffalo this Sunday to take on a surging Bills team with its first 3-0 start since the 2011 season.

That is a cute stat, but the Patriots have mushroom-stamped their first three opponents to the tune of 106-17, with their defense not allowing a touchdown all season. It should be noted that the Patriots first three opponents–the Steelers, Dolphins, and Jets–are a combined 0-9, so Sunday will be their first time playing a team that doesn’t resemble my coed flag football team.

The Patriots are currently 7.5 point favorites over the Bills, but can Bills Mafia will their team to a victory over an opponent that has beat them five straight times and 13 of the last 15?

NFL analyst Michael Robinson seems to think so. Robinson said on NFL Network’s NFL Total Access that “of course” the Bills are going to beat the Pats. He gave his recipe for success:

How will the 3-0 @BuffaloBills beat the 3-0 @Patriots in the AFC East showdown this Sunday? @RealMikeRob explains his formula for this upset to take place 👇

First of all, you got to have explosive plays from broken plays. I need plays like this, Josh Allen,”  “Get outside the pocket. You know, when the play breaks down, be explosive in the passing game. Also, use your legs. You know some years back when the Wildcat gave Bill Belichick all those issues? Yeah, Josh Allen, he’s the ultimate Wildcat. You know why? Because he can actually throw the football, too. He has a passing threat and a running threat. This dude has all types of athletic ability.

Defensively, creative turnovers. You know how this pass defense gets down. Sean McDermott, especially in the red zone, they tighten up. They do some creative things with their pass coverage to kind of confuse quarterbacks. They gotta get after Tom Brady while he’s in the pocket. You hit Tom Brady, force turnovers, Josh Allen uses those legs, be explosive in the pass game on off-schedule plays.

Tom Brady, who has a higher win total at New Era Field than any actual Bills quarterback since 2001, found this to be amusing. When Robinson’s video hit Instagram, Brady hit it with a ‘Like.’

Tom Brady liking a video talking about how the Bills can beat the Patriots? 🧐🧐🧐 pic.twitter.com/kbEJw2gWwb

Smart money’s on the Patriots to beat the Bills by 630 points.