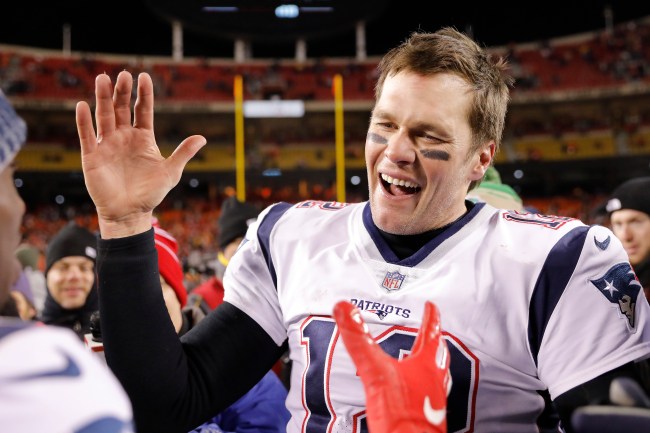 This afternoon Madden’ 20 had everyone debating on Twitter after they released their player ratings for this year’s game.

.@EAMaddenNFL revealed their player ratings and we noticed a few of you were upset. We're here to help! Which #Madden20 QB rating should be adjusted ASAP? 🧐

*whispers* @ClintOldenburg is bout to clock some serious OT hours 😬

One Twitter troll was apparently not happy that Tom Brady had such a high rating despite the fact that he’s not a very fast runner.

Again, he can’t run 2 yards. If those ratings were based on the entire SuperBowl winning team, sure. As an individual, he’s not a 96.

😂 I 100% could run faster and further than Tom. So could 50% of high schoolers, 80% of college players, and 99% of pros. Learn how to unbiasedly access the totality of a player, then adjust these numbers and I could possibly take you seriously. 🤷🏻‍♂️

Brady randomly jumped into the debate to dunk all over the Twitter troll.

I’m so much faster than you Matt.

Submitting new evidence to be considered for my @MaddenNFL speed rating. You can’t photoshop a video. pic.twitter.com/6h02i6oRqR

Off the top rope! pic.twitter.com/YTLv65i50Q