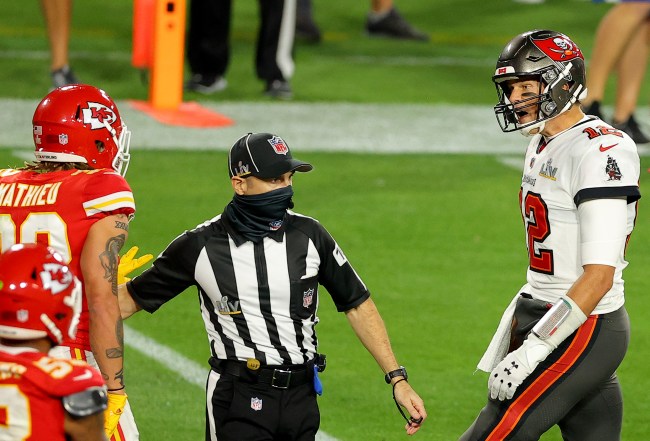 Tom Brady and Chiefs safety Tyrann Mathieu were involved in a heated confrontation before halftime of Super Bowl LV but unfortunately, we will never know what was said on the field.

According to Mike Florio of Pro Football Talk, NFL films has audio of the altercation but has decided not to release it.

Per a source with knowledge of the situation, the NFL’s in-house production company won’t be disclosing the content of the exchange between Brady and Mathieu. As the source explained it, NFL Films typically does not reveal the audio of such squabbles between players.

Fans were interested in what Brady said on the field after Matthieu accused the Bucs QB of calling him something he won’t repeat. 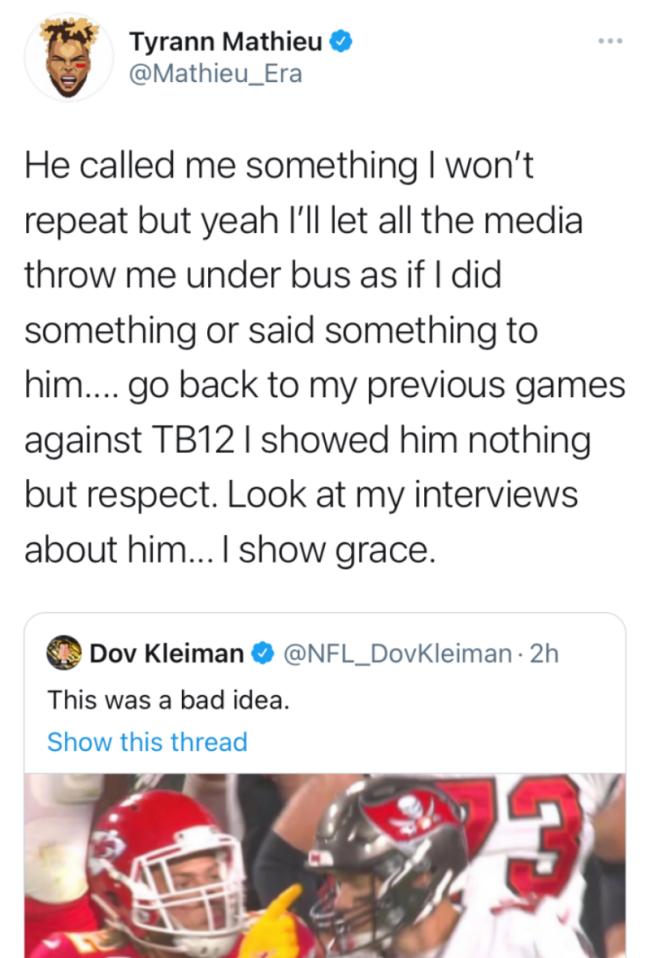 During an appearance on the Rich Eisen Show on Tuesday, Michael Irvin said he heard the audio and he wanted to assure everyone that Brady didn’t use the n-word as many had assumed.

Fans went on to question NFL films’ decision to not release the audio of the confrontation.

Got to protect the golden boy. Another day that ends with Y https://t.co/F7SkaeWiHL

Bc Tom said something he shouldn’t have https://t.co/nDCARmlCmJ

So Tom did say some wild shit lol https://t.co/SNg0O6yLvD

This is fishy as hell.. https://t.co/rQ1Ivcl0QG

I can’t help but feel the league is protecting something… or someone. Idk, I just can’t put my finger on it. https://t.co/vvCXi54weD

This isn’t suspicious at all. https://t.co/J4lnKMrkW1