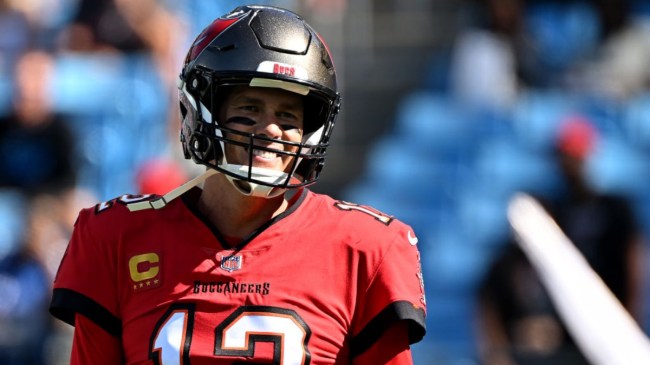 For Tom Brady, this season has been a bit different from the rest of his career. There’s obviously his off-field situation that has been a constant story throghout the year, which is a new factor he’s dealt with this season.

The other big difference is a general lack of success for Brady early in the season. Brady entered this season off of one of the best statistical seasons of his career. Last season, he threw for 5316 yards and 43 touchdowns and was in the MVP race throughout the season.

This season, Brady has slowed down. Through the first 7 games of the season, his yardage numbers have stayed up, with 1942 so far this year, but it hasn’t lead to points for the Buccaneers. Brady has thrown just 8 touchdown passes heading after 7 games and 3 of those came as the Bucs spent their entire game against the Chiefs trying to catch up.

On Sunday, the offense was at the lowest point we’ve seen it all year, scoring just 3 points against the Carolina Panthers.

If the #Bucs lose tonight, Tom Brady would be two games under .500 for the first time in his 23-year NFL career.

As much as those numbers say about this year Bucs, it also illustrates the ridiculous amount of success Brady has had so far in his career.

Unfortunately for Brady and Buccaneers fans, that won’t help make it sting any less if the Bucs lose and drop to 3-5.