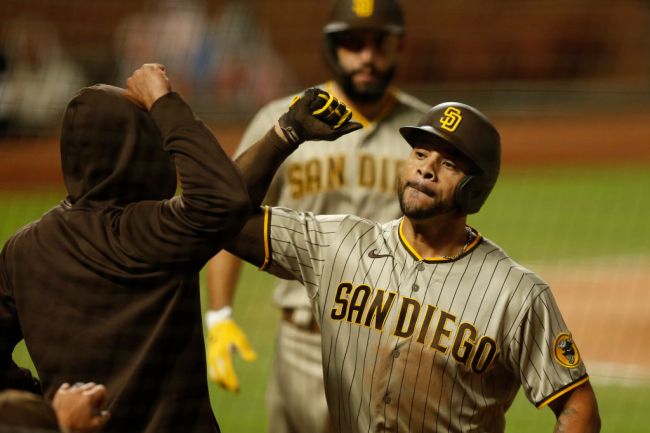 Padres’ outfielder Tommy Pham was stabbed on Sunday night outside of a San Diego strip club called Pacers Showgirls International according to police and a video of the incident has now been shared. The 32-year-old can be seen in the video with a blood-soaked white shirt after being stabbed in the lower back.

Bouncers broke up the fight and as things seem to be calming down you can see Pham step into the frame with his bloody shirt.

According to the San Diego Union-Tribune, as Pham was leaving the strip club he asked two strangers that were arguing to move away from his car, and moments later he was stabbed. Cops said that the wound was 12 inches long and 5 inches wide and pierced all three layers of skin but fortunately did not damage any organs.

“While it was a very traumatic and eye-opening experience for me, I’m on the road to recovery and I know I’ll be back to my offseason training routine in no time,” Pham said in a statement.

As of Wednesday, a weapon has not been recovered nor has there been any arrests made according to NBC San Diego.

Pham played in  31 games during the shortened 60-game MLB regular season and hit .211 with three home runs and 12 RBI.