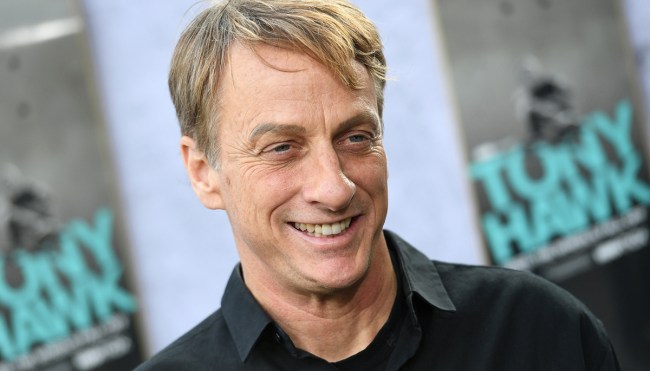 There’s no one on the planet who played a more instrumental role in bringing skateboarding into the mainstream than Tony Hawk, who’s racked up an insane list of achievements that prove it’s his world and the rest of us are just living in it.

In 1999, the skateboarder became the first person to nail a 900 in a competition in the same year the world was introduced to the first game in the iconic Tony Hawk’s Pro Skater franchise. Since then, he’s continued to ride the wave of success on his way to racking up an estimated net worth of $140 million and becoming the first person to ever skateboard through the halls of the White House.

Hawk is one of those athletes who transcend the sport that made him famous, as there are people who probably couldn’t name another skateboarder who would still be able to recognize him.

If the many anecdotes he’s posted on Twitter over the years are to be believed, that happens more often than you’d think, as Hawk has shared a number of hilarious interactions he’s had with people who’ve uttered some variation of “You look like Tony Hawk” over the years.

However, he may never top the exchange he had in Montana this week.

On Wednesday night, Hawk recounted what when down when he found himself on an elevator with a guy who actually recognized him and referenced the long-running cases of “mistaken identity” by jokingly remarking about the uncanny resemblance he shares with himself (much to the chagrin of the man’s wife).

Things then took a hilarious turn when another occupant who failed to make the connection asked him about the joke in question and subsequently left the legend questioning his entire existence.

(elevator stops, couple exits to their floor)
Other guy: “what’s the joke?”
Me: I get mistaken identity a lot
Him: “mistaken for who?”
Me: Tony Hawk
Him: “haha you do look like him!”
Elevator stops again, he exits on his floor. I am left alone, heading upwards & feeling perplexed